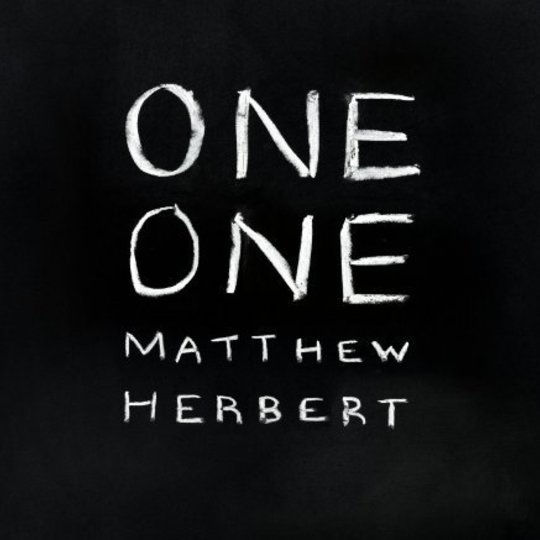 In 2005 Matthew Herbert published the [Personal Contract for the Composition of Music (Incorporating the Manifesto of Mistakes) ] (http://www.matthewherbert.com/pccom.php). No radical shift, he had taken this approach to composition pretty much from the start, forbidding drum machines, presets, and the sampling of others' work. Puritanical as it might sound, the guidelines are purely personal, foregrounding a tireless search for new ways to create sound - from sampling laser eye surgery in Bodily Functions, to recording hundreds of teeth sinking into apples in Plat du Jour. The detail doesn't end there. In his own words: 'If my track was about the out of season availability of apples and I just used any old apple without considering where I bought it or where it was grown, my point becomes invalid.' So the forensic construction became coded itself, its provenance providing its own meaning. Still, all this sound-art and could easily become a tactical distraction if there was no decent product to listen to. To paraphrase another mad scientist, Heston Blumenthal, all this method would be pointless if the final dish didn't taste absolutely great - and Herbert usually delivers some pretty tasty morsels.

One One is the first of a trilogy to be released this year, Matthew Herbert taking his contract to its logical conclusion by producing, playing and singing everything on the album. As a concept, this just doesn't carry the same intrigue factor as previous works, or even forthcoming One Pig, which will be made entirely of the life and times of a pig. Perhaps it's become the least we expect of Herbert, a classically trained musician, that he will play every instrument on the record. His method could never be accused of being frivilous, but One One does seem to suffer from a lack of realization. The individual records of the trilogy don't appear to have much in common, and nor is there much continuity coursing through this release. The mission statement to chronicle a 'day in the life' in various cities burdens One One with a world tour weariness. Albums don't need solid themes, it's just what we expect from Matthew Herbert.

Where he does step out of his comfort zone is on singing duties. Recording alone with no studio advice, he said it would sometimes take half a bottle of wine to get over his nerves. But his self-conscious whisper is often sunk into the mix, a far cry from the androgynous timbre of long-time collaborator Dani Siciliano. The loose, polyrhythmic Can-jam of 'Dublin' is a step back into more familiar territory, and there are Herbertisms going on elsewhere. 'Palm Springs' doubles up on vibe ostinatos and stacatto vocal stabs, before mustering the kind of descending group-chorus last heard on Bjork's Medulla. Closer 'Valencia' is an ambient ballad to settling down, the tender orchestration recalling his film music on Score: "Lovers, find a little place for breeding/Lovers, plant seeds to grow." Too often though, tracks drift by without enough grab, 'Porto' an uncharacteristically pedestrian chug.

This record promises to be his most honest following the sample-driven excess of the last Big Band album, and while it is brave, it isn't exceptional. There's plenty of intimacy going on in tracks like 'Tonbridge' and 'Berlin', but they are wispy enough disappear in the wind. While the less-is-more Around the House gloried in the nuances of small changes, One One can be mournfully hushed, apologetic even. Perhaps this edition will fit into his back catalogue more neatly once the second two are released, but at the moment it is more of an underwhelming personal project. Matthew Herbert's approach make him peerless, and he'll be forgiven for trying out whatever he wants after such an accomplished and prolific career, but this doesn't rank too highly.