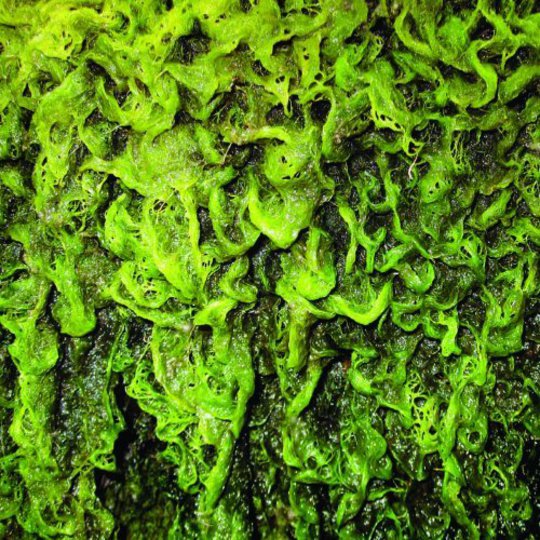 High Places were always something of an anomaly in the Brooklyn scene. If music and art is intrinsically linked to the environment in which it is made, Rob Barber and Mary Pearson took one look at their surroundings and veered in the polar opposite direction. They appeared to be using their bucolic take on electronic music as a means of primitive escapism, as a way of wiping the grime of New York from their faces, to disappear for an hour or so into songs flooded with a rustic, agrarian light that you could never find in the city.

So it’s not a great surprise to discover that Barber and Pearson went wandering after enjoying a fairly relentless couple of years touring and recording. They ultimately ended up in the permanently sun-dappled surroundings of Los Angeles, another city where this music doesn’t quite fit, but at least has greater ties to their thematic fascination with the natural world than their last abode. But their desire to avoid replication, to subtly turn away from territory already covered while also retaining certain traits that make this music identifiable as High Places, has caused them to divert from such lyrical allegories and start afresh. Instead, High Places vs. Mankind dwells on bigger subjects, such as addiction (‘On Giving Up’) and death (‘When It Comes’).

The most recognisable musical difference between this album and their self-titled debut is that it’s less reliant on the clattering percussion of yore. In its place comes a swathe of processed guitar, which often creates dense levels of sound when matched with the odd samples and pieces of electronic noise that are worked into the mix. In contrast, early songs such as ‘Head Spins’ and ‘Jump In’ now sound positively sparse in comparison. There’s also a greater preponderance for overt pop here—it’s not inconceivable that the beautifully serene opener ‘The Longest Shadows’, which is built on the back of a sputtering sample of wheezy electronic noise, could significantly expand their audience if put in the right hands.

Elsewhere, Pearson sounds more confident as a vocalist, stretching her range into the lower registry on ‘On Giving Up’, which orbits the same kind of territory explored by Laika on their largely forgotten about Sounds of the Satellites album. When she hits the higher notes (‘She’s a Wild Horse’, ‘Canada’) it sends High Places vs. Mankind closer to something resembling a dubbed out ambient version of the Cocteau Twins with A.R. Kane-like guitar melodies stirred in. This new side to the band reaches an apex on ‘Constant Winter’, which feeds off a plucked guitar line thrown into an echo chamber and meshed with slabs of portentous noise.

High Places’ obsession with rhythm has lessened for the most part, although Barber will occasionally hit a solid groove, such as the bustling undertow that holds down ‘On a Hill in a Bed on a Road in a House’. On ‘The Most Beautiful Name’ they reach back into their past more so than anything else here, principally through the clacked percussion that surfaces sporadically throughout. But it’s less prominent in the mix than before, kept down in favour of reggae-like bass rolls and Pearson’s eerie vocals, which demonstrate the duo’s affinity for advancement, for moving forward, for never fully reaching something that could palpably be described as High Places’ very own milieu.

Despite this thirst for progress, High Places don’t feel like pop tourists forcing their music into ill-fitting clothing. Instead this is a slow turn of the wheel, an organic betterment that feels both necessary and an obvious progression to what came before. High Places vs. Mankind is their most complete work to date, which ends much as it began, with the band’s love of outright pop manifesting itself in ‘When It Comes’, a song that hints at a previously undisclosed inclination for distorted guitar riffing at the beginning and then proceeds to act like some kind of précis of High Places career to date—including lyrics about the earth, Barber’s rattling percussion, odd samples culled from disparate sources, and an enviable skill at editing all of the above into a palatable song structure. Los Angeles suits them just fine, but the question that greets any band with such a desire and talent for amelioration is: where next?