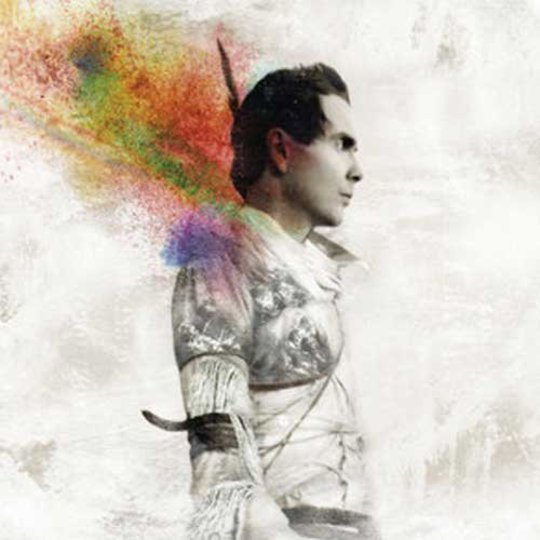 The continued existence of Sigur Rós is surely proof positive that benevolent forces do indeed glitter away quietly in a forgotten corner of the universe. If so, the fact that they’re currently on an indefinite hiatus merely underlines what we’ve all long suspected: that we probably never really deserved them in the first place.

Still, vocalist Jónsi Birgisson’s gossamer, reverb-steeped hootings are so integral to the Sigur Rós sound that pining devotees should certainly get something of a fix from Go, his first solo album proper (if by ‘solo’ we agree to mean ‘quite heavily collaborative’). Whether or not the ethereal high will be quite as dizzying, though, will depend on how much of a purist you are: if the notion of replacing lushly swollen strings with glitchy pop synths and Hopelandic with - gasp! - fractured English nauseates and upsets you, then you’re unlikely to find solace here.

Which would be a terrible shame as it happens, because Go is, at its strongest, an album of almost lung-collapsing loveliness. Opener ‘Go Do’, for starters, took about six listens through to be crowned my musical highlight of 2010 thus far. A blindingly twinkly, thousand-faceted emerald of a tune, it fidgets into life with a looped trill of twittering electro birdsong before being borne off on ribbons of twisting flute over a pounding, rifle-crack drum beat.

Birgisson’s decision to sing (almost) the whole album in English needn’t be a concern, actually - his delivery remains so cloaked in accent and falsetto, we probably wouldn’t even notice if we hadn’t been told. Still, if you concentrate hard enough, ‘Go Do’ appears to pack a vaguely motivational message about casting off self-doubt and getting on with things: "Go sing too loud" implores our impish guide, his spectral croon arguably a little, um, too loud. In fact, the vocal remains pretty high in the mix everywhere on Go, but never seems quite so startlingly prominent as on this introductory line. (Then again, either way it's hardly a challenge to get used to something so damned pretty.)

‘Make your voice break, sing it out / Go scream, do shout / Make an earthquake / You wish fire would die and turn colder / You wish your young could see you grow older / We should always know that we can do anything.’ Again, I’m claiming these are the words, although it’s pretty much impossible to tell, which only adds to the intoxicating air of wide-eyed wonder that pervades the entire record. It’d scarcely matter what language ‘Go Do’ was sung in, to be honest: it probably hasn’t occurred to Birgisson, but there’s a wonderful irony to a song impelling us toward thrusting creativity that makes us want only to slump down and dissolve in its sheer gorgeousness.

‘Animal Arithmetic’ ratchets up the pop quotient even further, the melody outrageously coltish - it reminds you of nothing so much as scampering barefoot down a grassy hillside, and realising you’re going slightly too fast to remain vertical for much longer - and yet the whole thing is buried under a clacking, clattering cutlery drawer of off-kilter sampled percussion that somehow manages to scaffold it and keep it upright for the requisite three minutes. A couple of tracks further on, ‘Boy Lilikoi’ is cut from much the same cloth, although a cleaner and more overtly saccharine affair; arguably just what you’d expect from a song being used on Jónsi’s website as the teaser.

The more introspective moments on Go offer valuable pockets of relative tranquillity on a kaleidoscopic aurora of a record. ‘Tornado’ is piano-heavy, swirling and suitably elemental in atmosphere, while 'Kolnidur' pulses and throbs to the currents of a stabbing cello undertow. The album’s closing brace, 'Grow Till Tall' and 'Hengilás', come across like a fairytale and a elegy respectively: the former climaxes in a shimmering, whiteout haze of ambient euphoria, while the latter retreats into doe-eyed mahogany vibes to end the album on an almost unbearably tender downbeat.

What’s really satisfying about Go is the way the soaring architecture of symphonic hipster du jour Nico Muhly’s compositional work looms just as large on the more effervescent numbers as it does in these quieter spots - it really drawing everything together into a wonderfully coherent whole, despite the record’s ever-shifting tides and Birgisson’s violently affecting knack for distilling every emotion known to humanity into a single echoing chord change.

Apparently, this album was originally intended to be as a stripped-back collection of humbly intimate acoustic tracks: somewhere between the beginning and the end of whatever journey brought it to us in its current form, it clearly lost its way spectacularly. And, while an acoustic Jónsi album will doubtless be a thing of rare and exquisite charm when it does appear, it’s impossible not to be thrilled that this one went walkabout.