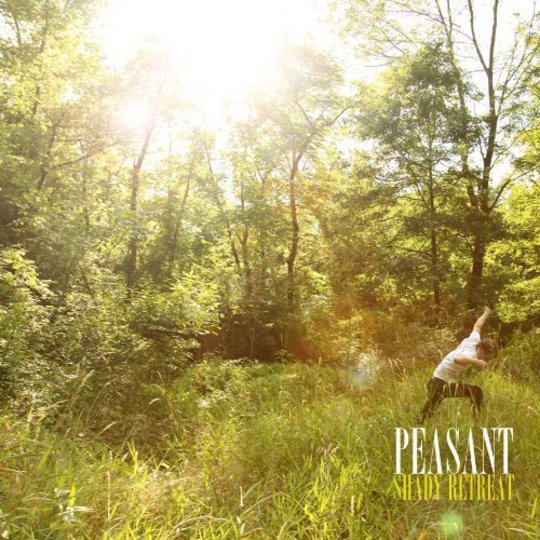 Peasant’s first record, On the Ground, was infused with the spirit of Elliott Smith, creating a middle-ground between the good (Smith, Coombes, Oberst) and the not-so-good (Rice, Blunt et al.) Shady Retreat finds Damien DeRose crossing the floor towards the de-sensitized warbling of your mother’s choice. It takes the formula perfected by On the Ground and strips it back, removing the trace of darkness in favour of a milder, more sellable sense of longing.

The lack of real identity is embodied by opener, ‘Thinking’ which would set the tone for the record, were it not for the appalling ‘The Distance’. Lyrically Shady Retreat is uninspiring; turgid rhyming couplets are closer to Noel Gallagher than Shakespeare and are only accentuated by a persistent lack of definitive sound.

When DeRose whines "where have we been my lover/where have you gone my friend?" it’s impossible to ignore the similarities between housewives' favourites Damien Rice and the aforementioned James Blunt. It’s not the sentiment that is objectable but the expression; neutered vocals with a backing fit for a heart-rendering climax of a teen road movie.

There are elements of consistency here, though not always positive. Each track comes daringly close to tender, though DeRose’s wrangling with the English language undermines the emotion, but glimmers of promise do remain.

‘Prescriptions’ finds DeRose at his best; lethargic guitars are woven around his best vocal performance on the record, its shuffling sweetness creating a memorable interlude on a record laced with disappointment. The real standout here though is ‘Slow Down’, a parting shot infused with the self-proclaimed lo-fi pop and fuzzy love that made On the Ground great.

With the emphasis here on broadening his appeal, Peasant has lost the unaffected beauty of his last album, and as a result Shady Retreat is an inconsistent beast. While the double-tracked vocals are at times a joy to behold, over the ten tracks here they become wholly unaffecting. Bland instrumentals compromise Peasant's initial impact and despite the rich soundscapes created here, it looks as though commercial aspiration has cost DeRose his artistic credentials.