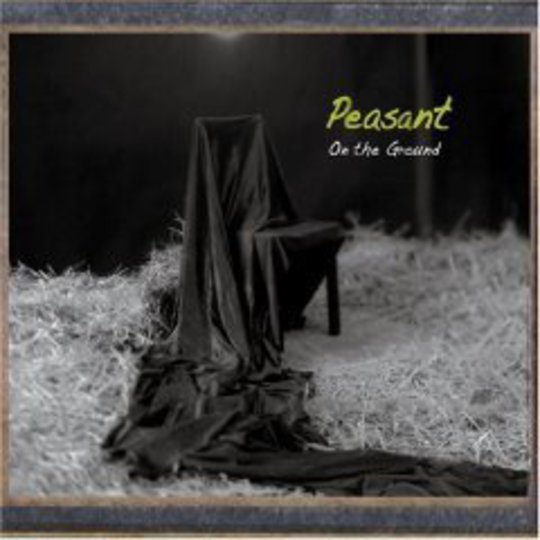 Peasant is Damien DeRose, a close sonic cousin of Elliott Smith, with a similar style of snatching at his guitar-strings, two-chords at a time, before twisting around on deft little fingerpicked bridges – pause – and repeat. Layering up his songs with elegant guitar solos, beginner’s piano, and almost subliminal drones, you nonetheless get the sense of DeRose approaching his Sixties influences (Paul McCartney, Simon & Garfunkel) from a different direction: his bedroom-recordings, in 2008, are significantly more hi-fi and slick than any mid-Nineties singer-songwriter fare, let alone anything recorded in Abbey Road (in ’68 or ’98). Plus, DeRose is a native of rural Pennsylvania. It’s not nearly as close to the Golden Triangle, as Elliott’s hometown…

Still – sacrilege alert! – Peasant manages to be more enjoyable for the casual listener, i.e. without having to listen close for the confessional narratives that redeem Smith’s less inventive tunes… or disregard the over-use of flat chords that (charitably) make some songs feel edgy. To be honest, I’ve never loved Elliott (as, er, Miles Hunt would have said), so I’m trying to be straightforward about why this might appeal to listeners less hung-up on lyrics… or gritty authenticity.

Take, for example, Peasant’s ‘Perfect Day’-reminiscent, wistful electric organ-accented ‘Raise Today’: “what is there missing in me / that I see in you? / I find myself trying each day / I want to grow up / what do I know? / seems that I can’t force… feeling / gathering all the pictures we took / together in the park that day / cos everything’s dancing around / just trying to stay on the ground…”. It’s a lovely song, as songs about an inescapable sense of lack go, and the fact that there’s not a trace of drugs in the lyrics doesn’t cheapen it, by comparison with Lou Reed’s better known song, whose chorus likewise finds the singer trying to find some peace and normality in the simple pleasures of the park.

So, this is good clean fun… or rather: wistful, autumnal solitary strolling (which may be your version of fun). ‘Fine is Fine’ is one of the catchiest here, with its intertwined guitar lines recalling Simon & Garfunkel. In case you’re thinking Damien Rice / David Gray… well, from what I know of them – no, DeRose steers clear of the puke-makingly trite metaphors. Even the simplest songs may be built around two-chords in similar patterns from one song to the next (like the first three Elliott Smith albums), but there’ll be a few extra details in each one, keeping it fresh; in ‘On the Ground’, for instance, there's an almost subliminal drone, pulsating like a didgeridoo, and overdubbed vocals that curl away from the main line, like stray thoughts and subtexts.‘Birds’ is the strangest here, with its weird synth tones, and processed vocals that sound nothing like birdsong… but all too eerily like the emissions of a sinister collective consciousness.

This was out in January, in the States, but it seems fitting that it’ll be out here in time for Autumn. Music for shuffling through leaves, hand in hand, or alone.