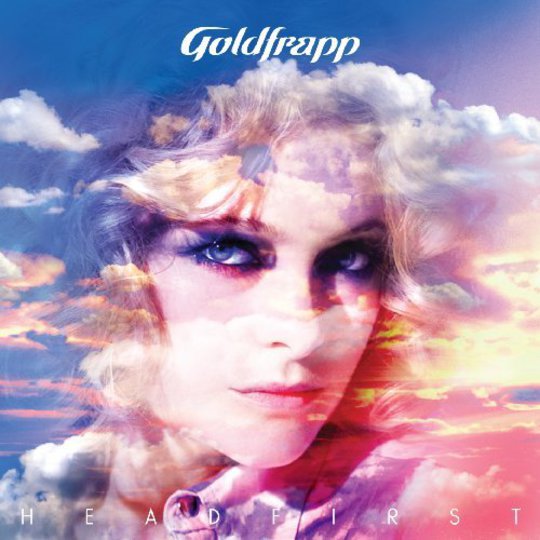 Of the many illogical and semi-specious rules that dictate musical taste, one of the biggies is that if an artist changes their sound then someone, somewhere will definitely praise them for it. Now, we could get into a big semantic kerfuffle on the whys and the wherefores of that statement, but let’s cut to the chase re: Goldfrapp. While the mid-Noughties commercial heyday of Black Cherry and Supernature saw them stabilise and grow into a sort of vaguely kinky electro-glam Seventies affair, the duo's reputation amongst their broadsheet-ish fanbase now substantially rests on a penchant for reinvention. The aforementioned records are bookended by two starkly contrasting sets: a witchy trip hop debut (2000’s Felt Mountain) and a veer into pastoral folk (2008’s Seventh Tree). Both those transformations were comparatively unexpected: with fifth set Head First there has been a certain critical consensus that change is the duo’s raison d’être, this being the inevitable point where Alison Goldfrapp and that other one tick off Eighties pop on their checklist of genres to do before they die.

But really, what does it all add up to? To somewhat lazily cite Bowie, it’s reasonably clear that for all the chopping, changing and pilfering at play in his career, he was clearly breaking an awful lot of ground, doing it very well, and doing it in a manner that was characteristically Bowie-esque. Goldfrapp, on the other hand, have never made a genre defining, classic, or even, really, particularly distinct record (or if they have, it was Felt Mountain, an album whose hallmark was the lushly weird treatments Ms Goldfrapp applied to her vocals, a technique long since dumped). Yet their capacity for change continues to win them remarkable levels of attention: a search for their name on the ‘Frappian bastion that is the Guardian website reveals they were mentioned in 86 articles in 2008, and already ten this month (two being blogs about their latest sound).

Essentially what I’m getting at is that Goldfrapp are very good at remaining a talking point, yet ironically it increasingly comes at the expense of actual personality. Of course, it takes a bit extra to set tongues a wagging, and Head First benefits from having a superb lead single, the lissom pop of ‘Rocket’, all punchy Miami Vice synths and an entirely delightful chorus, one that wears its disgruntled sentiment (“oh-oh-oh, I’ve got a rocket, oh-oh-oh, you’re going on it, oh-oh-oh, you’re never coming back”) with such wholesome breeziness that it’s hard to see it as being in any way arch. A great tune will overcome any malaise, but ‘Rocket’ is Head First’s only 24 carat moment. Elsewhere there are plenty of solid ones: the strident ‘I Wanna Life’ stands out in particular, worthy of Kylie’s Stock, Aitken & Waterman peak, but also the absurdly sprightly FM pop of ‘Alive’ (is ‘breakfast rock’ a genre? It should be) and the chastely foxy ‘Dreaming’; but really it is a question of decent, not great. That it does a pretty solid job of unironically synthesising SAW-style guilty pleasure pop with the rawer keys of the earlier new romantics makes for a reasonably impressive achievement, and if this was a debut album you’d probably peg the duo as La Roux’s scrappier, more entertaining younger siblings.

They are, I suppose, one of the bigger bands in the country. Alison Goldfrapp’s face is staring at me coquettishly from the front sleeve, as it does from all their front sleeves, and she gets interviewed quite a lot, which I guess means she’s pretty famous. I was asked to sign a faintly ominous release form promising not to divulge anything about the contents of Head First too far in advance, which presumably means that somewhere there are people chomping at the bit to find out what lies herein. But I have to say I don’t get it: as Goldfrapp make another proficient genre hop, it simply feels like they’re failing to consolidate their last bout of proficiency. They've moved on, changed their sound, and it's just okay... again. They’re not broadening their mystique, but stretching it to translucence.