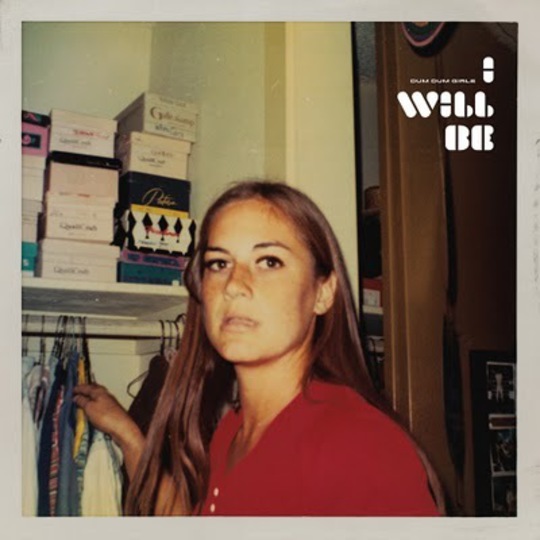 The incestuous Brooklyn underground scene has thrown up some interesting sights and sounds in recent times, none more so than Crystal Stilts and the Vivian Girls, so it's no real surprise that one quarter of the Dum Dum Girls can count herself as both a present and former member of both. That, however, is where the all-too familiar lineage to the city ends, as head Dum Dum Girl Dee Dee Penny (better known to her parents as Kristin Gundred) actually hails from the sunnier glades of California, whilst spending her time between there and the San Diego base of husband Brandon Welchez, better known as the main face of motorik shoegazers Crocodiles.

Nevertheless, taking all the components of her recently assembled four piece - the Dum Dum Girls that put out the self-titled EP of the same name and a handful of subsequent singles across various imprints was essentially just Ms Penny and the occasional hired hand - and the decision to recruit the man responsible for penning such girl band staples as 'My Boyfriend's Back' and 'I Want Candy' to assume production duties on I Will Be, it's clear to see why there's an almost intangible sense of guilt by association here.

Those early 45s certainly created a wave of expectation and turned an everyday hobby into a full-time occupation, hence the decision to put together a proper band. The influence of Richard Gottehrer, aforementioned songwriter, most recently known for his work behind the desk on The Raveonettes Chain Gang Of Love, shouldn't be underestimated, particularly on 'Blank Girl', a mellifluous duet between Penny and husband Welchez that sounds like a Sonny And Cher for the lo-fi generation, or indeed on album closer 'Baby Don't Go', a sentimental ballad that echoes Florence Ballard as opposed to Florence Welch, the delectable Ms Penny tearfully cooing "I never had a mother, I hardly knew my dad, I've been in this town for 18 years, you're the only boy I've had, please don't go..." over a drifting semi-acoustic melody that's not entirely fitting with the rest of this record's overt sugar rush.

What is most apparent about I Will Be and the Dum Dum Girls' ethos in general is their obvious debt to UK bands of the mid-Eighties, namely the likes of The Primitives, The Vaselines, The Shop Assistants and Talulah Gosh, except whereas those fitted the word 'shambolic' in more ways than one, Dum Dum Girls resonate with a polished sheen throughout most of this record. Opener 'It Only Takes One Night' could be Siouxsie cuddling up to Phil Spector, while 'Bhang Bhang I'm A Burnout' may extol the virtues of marijuana and pre-pubescent excess, but one can't help feeling this is how Nancy Sinatra would have sounded had she been conceived twenty years later in Temple Meads with Bob Wratten rather than Lee Hazelwood as her soul mate.

Two of Penny/Gundred's oldest songs 'Jail La La' and 'Yours Alone' both get a revamp here, the former benefiting from a cleaner, crisper shine while the latter finds itself enhanced by Yeah Yeah Yeahs' Nick Zinner on additional guitar, whilst more importantly providing subtle evidence that those early compositions had genuine mainstream crossover potential had the recordings been more professionally administered. The bittersweet 'Lines Her Eyes' and bubblegum pop of 'Oh Mein M' - sang entirely in German - continue the mostly upbeat tendencies of I Will Be, and even though the musical themes err on the repetitive side at times, not once does the record become tiresome, probably due to it being little over half an hour in duration and therefore over before its time to draw breath.

While unlikely to win many prizes for originality, I Will Be possesses likability in spades, not to mention a hefty selection of demurely constructed tunes that might delve into the past for inspiration but smile brightly into the future as a result. Dum in name but not in nature: I Will Be carries the hallmark of a winner every time.