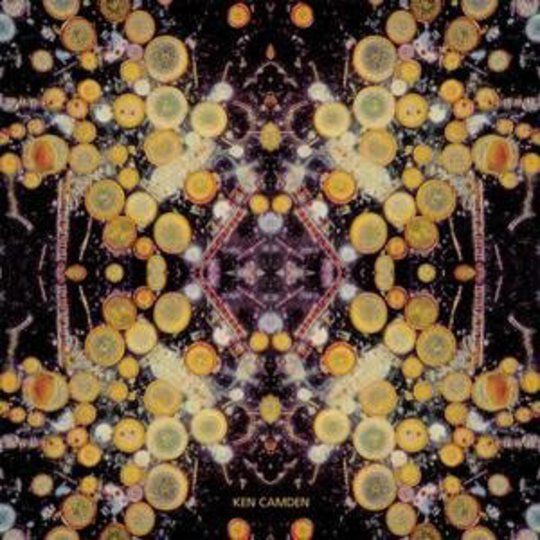 In an alternate universe, or maybe somewhere else on this one, the name Ken Camden would be some kind of horrible post-ironic reference to being couched in the trappings of a virulent strain of skinny-jeans indie, while holding pretensions of scorn at said format. Anyone who would take the name Ken Camden as such an artistic affectation is someone best avoided. Mercifully, this Ken Camden stands on much less questionable ground. He is from Chicago and operates in a style a million miles removed from the shite you would hear on band nights down the Dog & Borell.

There is guitar involved in Lethargy & Repercussion; but Camden also uses synths, sitar and harmonium to blend electronica and kosmische with Eastern modals on instrumental tracks which take time to say their piece. Structurally, he is reminiscent of modern classical composition luminaries like Max Richter, in so far as his work is excellently paced. The themes KC builds grow organically before your very (ears) in a way that makes the listener feel at the centre of an experience happening for the first time, the delicacy of his work seems to evaporate the space which usually separates composer and audience. When it’s on form, Lethargy & Repercussion feels like the more soothing moments of OK by Talvin Singh. It doesn’t have the vibrancy that characterises much of that record, but then it doesn’t try to either. This is a sombre work which is best listened to in one sitting through a top notch pair of cans to appreciate the panning and the little slivers of sound which swim around the hinterlands.

‘Birthday’ opens with a tinkly arpeggiated synth and sitar drones. Guitars pop in to say hello and then leave in an equally unassuming fashion. ‘Ragini Robot’ is centred round warm distorted guitar, creating a mechanical effect aided by more sitar drones. As the track progresses the guitar and sitar dovetail around each other as their frequencies change. ‘Raga’ is an authentic sounding, well, raga, and probably the high point of the album. It is a much more tangible piece of work than the other tracks, and the electric guitar layered over the sitar works surprisingly well. ‘New Space’ is back to the alternating-frequency guitar before winding down with hazy synths for its final two minutes or so. This is all nice stuff, and yet... and yet...

The main thing wrong with Lethargy & Repercussion, and its hardly a thing at all, but its also about as big a thing as you could imagine; is it feels like a record you should love instead of one you actually do. The pacing - which seems so welcoming at first - quickly sounds in need of some grit or a beat that can take it up a notch in intensity. While the album does get better from ‘Raga’ onwards, and closing track ‘Jupiter’ makes the leap to faint menace with layers and layers of discordant synths and horns channelling the blankness of space; the best moments are still ones to admire rather than amaze. Lethargy & Repercussion is thoughtful and lovely, but like the emotional cripple American TV shows are so fond of, you’d never want to sleep with it. Sorry Ken, its not you it’s me, etc, etc.