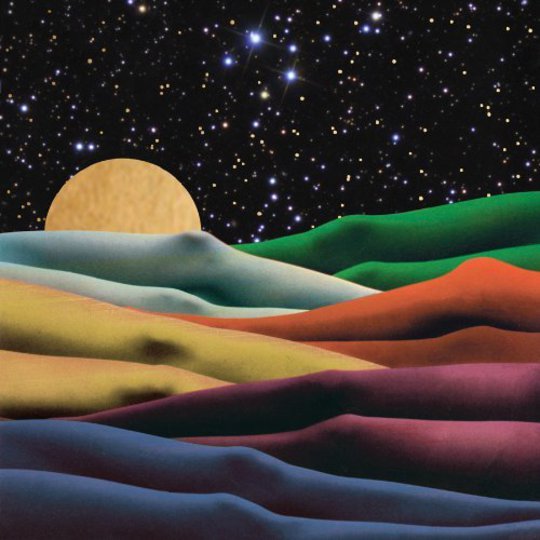 Anyone who watched the recent BBC1 contest to find this year’s Eurovision contestant will know that getting pop right is a tricky task. Obviously a committee consisting of Pete Waterman and prime time mainstream TV viewers was never going to unearth something special, but the scale of ineptitude revealed something interesting – a feeling that pop is dead. Now don’t all send links to the ‘Telephone’ video or direct me to Hurts Myspace, I know they’re pop (and brilliant) but it’s all arched and knowing with more than a hint of the subterranean and alternative. What is long gone is exuberant, sugary sing alongs by squeaky clean acts so pure that if you cut them they’d bleed rainbows. Blame The Strokes, blame Simon Cowell… whatever, those days are long gone.

Music Go Music could change all that. A band who understand how to make the sort of pop music that bridges the generation gap, what is best about the Californian trio is that they do it without even a whiff of irony. Listening to Expressions you don’t get the feeling that this is a tongue in cheek project dreamed up in a Brooklyn loft by three friends tired of their Afro-pop collective and looking for a side project. The songs and melodies ring true and it is hard not to be swept along for the ride.

When it comes to the very purest pop, and indeed Eurovision, it would be silly to ignore the Swedish elephant in the room. Abba are clearly a huge influence on Music Go Music and even though it’s so obvious that stating it seems lazy, it is hard to imagine anyone hearing Expressions and not remarking on the similarity. Lining yourselves up against one of the most iconic bands of the twentieth century is a risky move and whilst Music Go Music don’t have a ‘Waterloo’, they don’t embarrass themselves. More of an homage than pastiche, the Abba comparisons are unavoidable but not definitive of a band with far more going on than auditioning for the role of house band on the Mamma Mia! sequel.

‘Warm In The Shadows’ for example is a nine minute disco odyssey complete with glacial synths and a four to the floor stomp. Elsewhere the band play with new wave guitars and, on the stunning, ‘I Walk Alone’ a pulsating synth tone that La Roux would sell her quiff for. The key to Music Go Music, however, is Gala Bell’s voice and the delights it brings. ‘Thousand Crazy Nights’ and ‘Just Me’ boast hooks and melodies galore, the sort that lodge themselves in your head for days, using your brain as a dancefloor. Cynics will be forced to suspend their disbelief in order to enjoy ‘Expressions’ to its full potential and the album certainly veers towards places that, if they’re not quite cheesy, then are certainly beyond camp. There are moments of Expressions ('Explorers Of The Heart', 'Light Of Love') that sound like Judy Garland in The Sound Of Music if said music was Spector produced Sixties girl groups.

It remains to be seen if Music Go Music can succeed in a world where platinum selling artists align themselves with paganism and performance art; perhaps they are just too relentlessly chipper. However, it would be a crying shame if people didn’t let Expressions light the dark corners of their heart at least once.