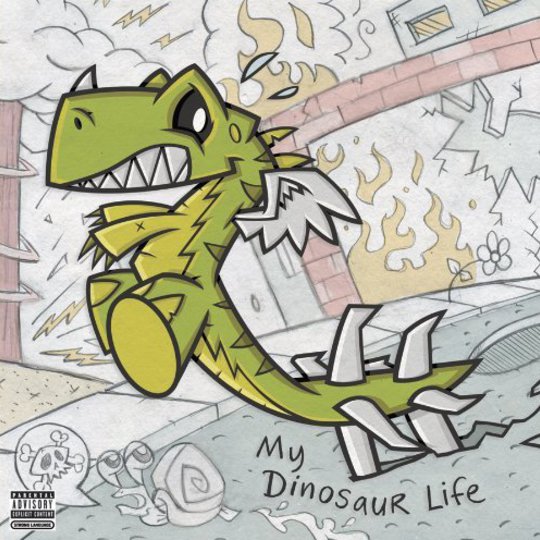 The other day I was donating a number of old CDs to a Charity Shop. (Yes, this reviewer has a heart). In amongst the box of odds and sods was a number of pop punk CDs, the likes of Alkaline Trio’s From Here to Infirmary, Home Grown’s Kings of Pop, Student Rick’s Soundtrack for a Generation, and significant to this review, Motion City Soundtrack’s I am the Movie. Metaphorically I was cleansing the last remaining memories of pop punk from my life. However deep down I was hoping there would be a revival in order that I could reconnect to the long lust sugar rush.

See Motion City Soundtrack have always in my mind been considered a second tier Pop Punk band, buried beneath the genre heavyweights such as Rancid, Green Day, Blink 182 (this album is produced by Mark Hoppus) and NOFX. They’ve managed to put out the odd catchy single here and there but for whatever reason never been able to release a significant album. By significant I mean either a cult classic such as …And Out Come the Wolves and Dude Ranch, or a worldwide sensation such as American Idiot. So it comes as a great surprise that My Dinosaur Life is not only the best release of the band’s career, but also conceivably it could find itself as the finest pop punk album of 2010.

When ‘Worker Bee’ kicks in, I’m taken back to a more innocent time, two and a half minutes of joyous power chords and regressive adolescent cries. The song seems to summarize the rejuvenated spirit within the band; the inner child of the band is still setting off firecrackers and finding solace in John Hughes movies. 'A Lifeless Ordinary (Need A Little Help)' is again chipper and bounces along with glee, which works well with the staunch production which makes everything sound ridiculously BIG.

‘Her Words Destroyed My Planet’ contains many trademark pop culture references that regularly popped up on previous MCS releases, including the stand out line “I fell asleep watching Veronica Mars again”. Justin Pierre’s ode to growing up also includes giving away his X Box and shaving his facial hair. It appears the band’s songwriter is acknowledging the need to change, the need to mature that conflicts with sacrificing the things you enjoyed in your youth. Like the novelty of spouting ludicrous facial hair.

Pierre has an abundance of wit and a starting range of delivery; tracks such as ‘Disappear’ and ‘Delirium’ are saved by urgency, and honesty of his vocals. As a vocalist he’s hardly talked up, though throughout My Dinosaur Life his sincerity speaks volumes. This isn’t an old man attempting to be down with the kids like John Feldmann from Goldfinger.

Around the middle point most albums in the genre tend to sag, and ‘History Lesson’ and ‘Stand Too Close’ are less than perfect, but curiously something strange occurs. The scattershot drumming of Tony Thaxton lights up ‘Pulp Fiction’, the glorious Moog, unnecessary profanity and references to The Ocarina of Time punctuate ‘@!#?@!’. Things are going swell again. Then the climax, a bold, unusually powerful five minute epic titled ‘The Weakends’ as Pierre sings for a generation that have probably already grown up, and can no longer hear his cry.

The important trait this album possesses is vitality; MCS would be forgiven for being a little jaded. Younger bands like Fallout Boy have cornered the market, acts that guitarist Joshua Cain and Justin Pierre have worked with previously such as Metro Station have made the money, and ridden the hunched back of their hard touring forefathers. Instead of concerning themselves with matters out of their control, Motion City Soundtrack have knuckled down and at last knocked one out of the park.