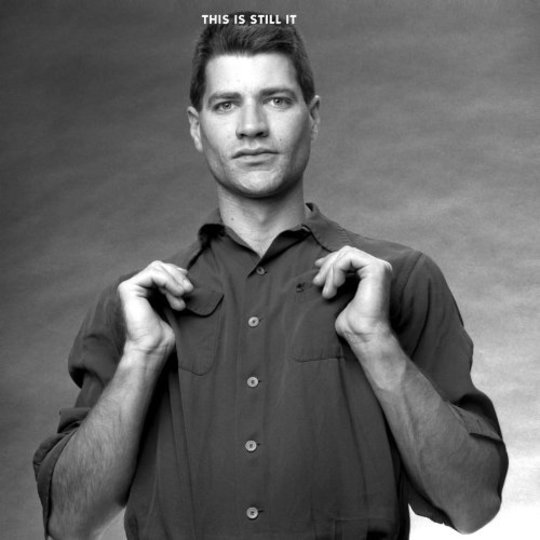 Who the hell are the Method Actors? Well, they were a two-piece (later swelling to a four-piece) and were one of the first - and least remembered - bands to emerge from the Athens scene that also spawned Pylon, the B-52s and R.E.M. This retrospective, This Is Still It collects material from their early singles and first album in a loosely chronological order - and, if there's one thing that permeates this collection, it's the sense of creative energy which so often accompanies the early days of a burgeoning 'scene'.

Indeed, the first impression of the two-piece is the the spartan nature of their setup. It's evident from the opening chords of '(Do) The Method' that jittery, angular post-punk is going to be the byword here, especially amidst the minimalist rhythms that repeat in an insistent, hypnotic fashion, and frontman Vic Varney's coruscating guitar lines, casually thrown out in catchy hooks, while his alternately caterwauling/mantra-esque vocals swing from fury to irony.

He's got a fine turn of phrase, too - a particular highlight is the reverberating refrain "I'd love to go nowhere with you" on the two-minute-long 'My Time'. It's all underlaid with David Gamble's solid drumming,which holds several songs together when they appear to be at risk of falling into sheer chaos (such as 'No Condition').

As a piece of art-rock nostalgia, then, Method Actors can certainly hold their head high. One of the fascinating things about this retrospective, actually, is listening to it as a historical artifact. You can really see how much Method Actors were a band of their time, and how they were influenced through the band's short life: starting with Television and Talking Heads, and later picking up elements of Public Image Limited and Gang of Four. This record is as much a history of the second major phase of the punk movement as it is a document of the band.

However, it's the slightly less obvious references which make the Method Actors really interesting. There's a lot of Velvet Underground running through the record - such as on early track 'Privilege' - quite apt, seeing as Method Actors covered 'All Tomorrow's Parties' in their dying days. Psychedelia makes an appearance too, notably on 'E-Y-E' and 'Bleeding', and the introduction of steel drums on 'Rang-A-Tang' and 'Halloween' adds a slightly afrobeat element. Eat your heart out, Vampire Weekend.

The incorporation of such an eclectic range of influences, combined with the aforementioned focused minimalism, really raises this above the bar - pretty much every song contains a perfect moment. It's stood the test of time, too: there are time when you'd swear blind that these songs could have been recorded yesterday.

Perhaps the Method Actors should have been as big as their contemporaries or followers: perhaps not. Perhaps they're better this way, as a hidden gem to be stumbled across or searched out. It's certainly worth the effort, as they sure as hell don't make them like this any more.