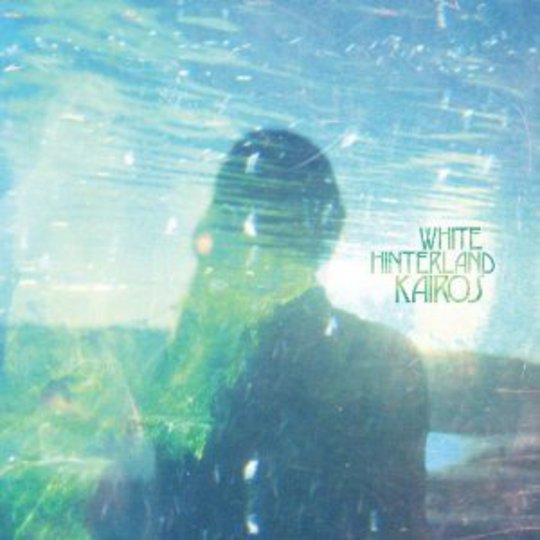 I admit that using other band names to map the sound of an artist is usually a lazy form of shorthand that should be avoided more often than it is, but listening to Kairos by White Hinterland, it’s hard to keep certain names from attaching themselves to the music. Yet unlike the usual nods towards sounds and styles from another era, the artists springing to mind here are all linked by their contemporary taste-making existences. So amongst others there is the carefully enunciated instrumentation, breathy intimacy and spatial manipulation of The XX, the looping organic electronics of Animal Collective, the poised and polished R&B vibrato of Dirty Projectors, the brooding, echoing pound and scrape of Burial and the asomatous ebb and flow of Beach House. And seeing as this is a drastic new direction for an artist that has primarily worked through folk and jazz based forms, it could easily come across as an overtly calculated attempt to slip neatly into a set aesthetic or satiate restless audiences who are increasingly coming to value sharp changes of direction from their artists.

But these are thoughts that quickly dissipate when confronted by the sheer quality of material on offer. Casey Dienel and partner Shawn Creeden have created something that has a sense of the familiar yet also a simultaneous feeling of fresh investigation, a record with frequent moments of measured and finely balanced beauty but also a restive application of shifting textures to create a nuanced patchwork of sounds that keep their piquant flavour with repetitive listening. ‘Icarus’ and ‘Cataract’ in particular stand out as two striking examples of deftly crafted pop. Dienel’s supple vocal rhythms soothe and shimmer but they are more than a mere feverfew, there is also a strength and assurance that drives each track to create a record that is far from a two dimensional composite of found elements, but instead an intense and absorbing forty minute reverie that deserves to stand on its own merit, aside from any inevitable comparisons.

It feels like a weekend broadsheet supplement can’t go by recently without an interview with someone from that whole ‘woman’ genre that seems to be pretty hot right now. The Times took it a step further last Sunday by using Marina and the Diamonds, I Blame Coco, Daisy Dares You and Flozzer, god bless her, as starting points for a think-piece on the current vogue for solo artists using a ‘group’ name as their recording moniker, concluding that it’s perhaps the band name that shapes and dictates a solo artist's sound. But after listening to White Hinterland and their enveloping, elegant outsider-pop, you can’t help but think that there is a much more interesting female artist trading under a more typically ‘band’ name that people should be paying more attention to.