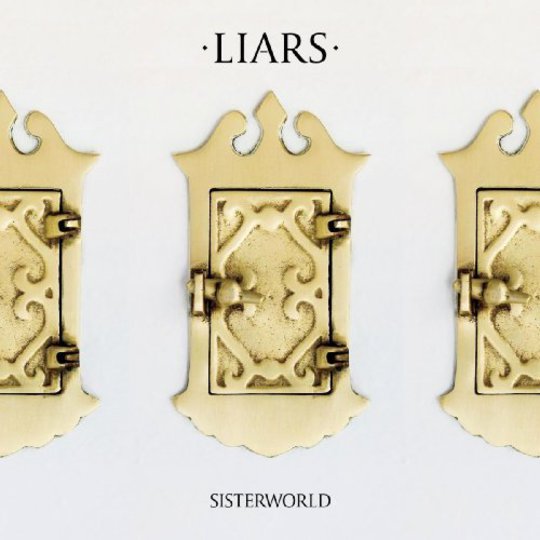 While it feels rather pretentious to make the statement ‘I have always avoided LA’ (I’m from Birmingham, where opportunities for foreign travel are limited and frowned upon), the fact is that I’ve been near-ish to the City of Angels on occasion, and have passed. I’m sure there is a lot more to the place than sun and sprawl and not really being able to get around unless you can drive (not to mention that truly traumatising California tourist board ad), but I suspect these factors would all come into play on any foray I might make, and the whole thing would basically be awful and rubbish.

Liars’ fifth album, Sisterworld, does very little to convince otherwise. Angus Andrew and chums have always been a peculiarly geographic band. They Threw Us All in a Trench and Stuck a Monument on Top essentially represented the more insane end of the whole early Noughties punk-funk thing, and thus, naturally, it was a Brooklyn album. They Were Wrong So We Drowned was a faintly traumatic concept set about witches, and thus a relocation to some woods in New Jersey was in the offing. Then they skedaddled to Berlin to craft the semi ambient tour de force that was Drum’s Not Dead and everything was good. Except they arguably stayed im Deutschland a bit too long, with last set Liars being kind of indistinct (albeit redeemed by the presence of some Big Riffs).

Anyhoo, Sisterworld was recorded in LA and is steeped in LA. The most literal manifestation of this is the alarming ‘Scarecrows on a Killer Slant’, a rabid-mawed, fuzzed-out rant which climaxes in Andrew aggressively grunting “Stand ‘em on the street with a gun AND THEN KILL EM ALL”. This is all based on a real life shooting incident, which took place in the sketchy neighbourhood Andrew had intentionally stayed in for inspiration whilst making Sisterworld. It’s hard to shake a small degree of unease at the fact a reasonably well off musician elected for this sort of cultural tourism as a means to help him write songs (he moved someplace nicer shortly after the aforementioned fracas), but the fact is that freaking himself out is the best thing that the Liar-in-chief could possibly have done here: there’s a panic, nausea and anger and above all urgency to the song that stands in palpable contrast to the more clinical art rock of Liars.

Still, Sisterworld’s sense of place comes from more than anecdote. Where Liars have always felt like a night time type of beast, Sisterworld is saturated in daylight. Like much of their work, it’s a groove based affair, but here it sounds sickly and confused, something that’s been exposed to the sun for far too long. There’s a lot of beauty on this album – it’s probably their most melodic set – but everything seems to wilt and fade before long. This is nowhere manifested better than the opening ‘Scissor’, which for its opening minute and a half is entirely, straight down the line lovely. “I’m suppose... to... save... you... now”, croons Andrew in a tremulous little falsetto, cradled by the tenderest little tinkle of piano and creak of cello, “but I’m a coward”. A couple of bars later, though, and a dirty meteor of noise thuds into the song’s delicate mesh; when it dissipates the verse regathers itself, but things have changed. The strings now sound plasticy and artificial, there’s a weird clacking sound in the background, Andrew isn’t quite holding that falsetto and, uh, yeah, that lyric: “I dragged her body, to the parking lot... Just then I began to quiver, when I saw her looking out, she was alive and she’s BREATHING”. More guitars, more horror.

The grooves kick in with ‘No Barrier Fun’, which pulses along on a nauseous blob of keys, like a massive detuned siren, Andrew croaking “I want to make my skin adapt to the sun, no barrier fun” like a man having no fun at all, drowning in some endless mirage. Again, it technically has the ingredients to be quite pretty, underpinned by rich waves of cello, but as the song progresses and a shrill glock enters the fray, the whole mix becomes intensely queasy. If Sisterworld is a pretty eclectic set – the sneering ‘The Overachievers’ reminds you of the band’s fondness for Nirvana, ‘Proud Evolution’s chimes and thuds are almost a kind of psychotic chillwave variant - ‘No Barrier Fun’ is still somewhat musically emblematic. It’s fried and seasick and offers the vague suggestion that there may have been a ‘normal’ song here before the band fucked with it. That’s something continued through the too still, too slow guitar figure that opens ‘Here Come All The People’, frazzled finger picks echoing lethargically through the haze; it’s there in the low energy hop skip of Drip, which sounds a little like Radiohead’s ‘Pulk/Pull Revolving Doors’ dying in the desert, puking up rays of blackened sunlight.

There is no getting away from the fact that Liars feel like a more ‘normal’ band than they did in 2001, or even in 2006; one suspects guitars and melodies are a fixture now. But Sisterworld derives unity from its punchdrunk stagger, arresting the worry Liars had lost their command of atmosphere after Drum’s Not Dead. They’ve soaked themselves in a new city and emerged renewed, once again. So long as they never settle down, they’ll be just fine.