They Were Wrong, So We Drowned 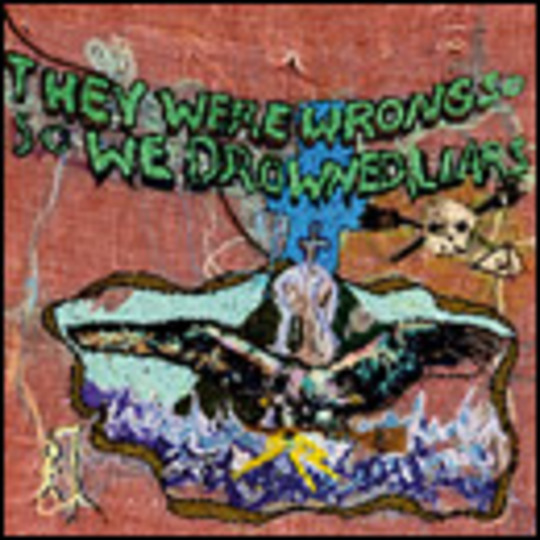 Two years ago, Liars appeared at the base of an avant NY indie wave, buoyed by a nuclear propelled rhythm section and a handy way with record titles. Now however, we have our own avant-indie wave to carouse. To makes matters even more confusing, Liars’ bass and drums have all but been tossed aside. They do, though, still have an eye for a splendid LP name.

‘They Were Wrong, So We Drowned’ is a mixed bag of pulped fashion and shredded Williamsburg sanity. Recorded in rural New Jersey (the Southend to New York’s London Town), the record is foremost, apparently, a concept album about the medieval judgement and execution of alleged witches. Most strikingly though, ‘They Were Wrong…’ is an opt-out from the game; a ponderous, unsettling tribal noisenik of an ambient-gloom record. Eschewing all accepted (and frankly, quite useful) forms of ‘product’, the album is as outwardly and aesthetically oblique as it is musically. That’s not to say that it’s an entirely dud effort; 'There's Always Room On The Broom' with it’s rhythmical static scrunches and 'We Fenced Other Houses With The Bones Of Our Own's despairing incantation of “we’re doomed, we're doomed" mixed with hollow pagan groans find themselves becoming enveloping solipsistic grooves. Indeed, 'They Don't Want Your Corn, They Want Your Kids' with its electronic homing device and sparse cowbell is practically tuneful and positively excellent. Unfortunately though, hearing trendy NYC types moan “I want to be a horse, I want to be a horse” detract from that somewhat.

Time will tell if Liars’ second effort will be seen as indulgent side-leap from the competition of their native state, or whether ‘They Were Drowned…’ is in fact a groundbreaking piece of unsettling bedroom record mastery. Regardless, it’s the band’s signal that they’re unprepared to play the hip-club scene.