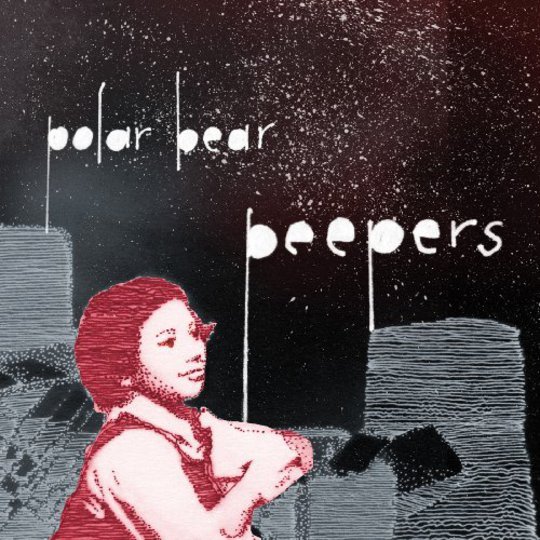 Seeing as Polar Bear were born from an environment which has nurtured innovation and encourages deviation from constriction, it’s no surprise that they have consistently delivered excellent music. Germinated from the F-IRE (Fellowship for Integrated Rhythmic Expression) community of artists, this experimental five piece – led by virtuoso jazz drummer and composer Seb Rochford – build upon the values of their upbringing. While it can easily be argued that far too much emphasis is placed upon the need and the importance of originality for this case study to be the norm, it should still be pointed out and applauded as long as it isn’t merely for the sake of it. Human endeavour thrives on pretending boundaries are merely goalposts to be crossed, but nothing is achieved by just proving a point. It’s as much how you get there as where you’re going.

This fourth record follows the group’s skittering, at times jarring, self-titled effort where exposed circuitry clawed at improvisation and silence, replicating musical tinnitus. This exhilarating claustrophobia has dissipated on Peepers, where initial tenor saxophone shapes billow out into characteristic swagger. ‘Drunken Pharoah’, then, is extraordinary. A broken, stumbling collapse laid to rest with malfunctioning machinery sounds and elongated discordant sax whistling. Yet, it sounds composed of these accidentals rather than resignedly improvised. This is Polar Bear’s rather understated yet explosive skill.

Even at their most gesticulating or achingly smooth, their music is vivid – there’s rarely a moment that goes by that doesn’t goad you into thought, persuade you to continue on their journey, to their destination by their mode of transport. Their modifications are myriad, from thirty second spurts of severe tone clashes (‘Scream’) or carnival-spirited thrashing (‘Hope Every Day Is A Happy New Year’). Nothing seems as simple as merely sculpting a mood or composing a song. They anthropomorphise abstract noises, giving them life and energy of their own which is an incredible feat. Though these embellished musical, and non-musical, themes can easily be transposed to other willing bands, Polar Bear convince that those sounds wouldn’t grasp, throttle or soothe with anywhere near the same intensity.

Perhaps the most potent example is the self explanatory ‘Finding Our Feet’. Its foundations lie on an ominous sheet of distant, mollifying wailing. A baritone sax emerges cautiously, joined by a companion as the reflective mists behind them hold sway over their movements. Unlike the often blinkered exposition of drone and noise exponents, this ambient soliloquy engages with sombre, animalistic sounds. Glitching, looping, swerving and base notes are all subtly drawn upon. This heady experimentation is typical of the entire album, if not as obviously sculpted. It’s tangible enough to almost feel as if you can grab hold of it or dive into it, or watch it wandering through a forest.

The musicianship isn’t really in need of discussion – they are all schooled, experienced and most importantly have history together all with the same non-linear vision. Rather it’s their exceptional talent for moulding malleable sounds to humour, calamity, pathos, melancholy and celebration. It’s not merely the vocabulary or fluency but the dialect and conviction. We can speculate as to how their ethos and focus was developed from time spent in the company of other imaginative musicians – it could well be essential to their consistent evolution – but the evidence on Peepers leaves no doubt as to how successful this union of education and expression is.