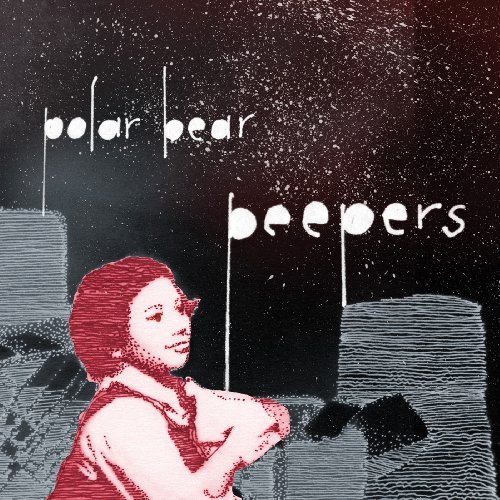 Polar Bear represent that crucial point where creativity is unfettered and Peepers is the expression that is expelled from that core. »

the album was inspired by classic soul as much as the influences of jazz, rock, folk and electronica that permeated previous albums and brought polar bear to a young and diverse audience. polar bear's second album, 'held on the tips of fingers', was nominated for the 2005 mercury music prize nomination and was named as one of jazzwise magazine's 100 jazz albums that shook the world, and one of the guardian's 1000 albums to before you die. bandleader rochford is one of the most respcted percussionists working in contemporary music, winning a bbc jazz awards rising star award in 2005. he plays with acoustic ladyland, fulborn teversham and basquiat strings, among others. he has worked with everyone from joanna macgregor and andy sheppard, brian eno and david byrne, to pete doherty and herbie hancock. polar bear's line up also includes pete wareham (acoustic ladyland), tom herbert (the invisible), mark lockheart (loose tubes) and leafcutter john. polar bear are part of the revival in british jazz (alongside artists like portico quartet, led bib and trio vd) that has seen young people identify with jazz once again.
description from www.roughtrade.com