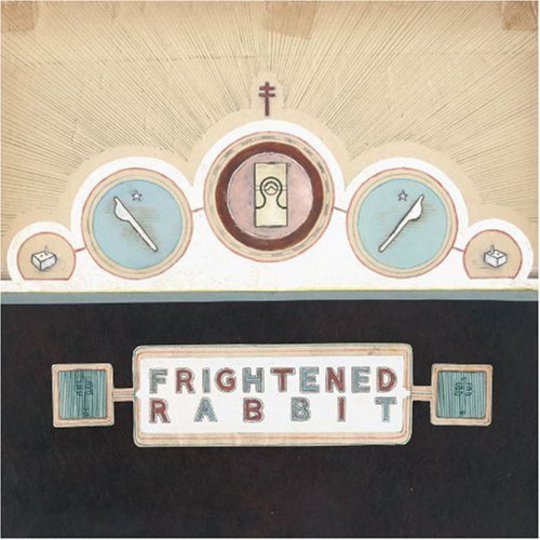 In the eyes of this website, Frightened Rabbit left themselves scarce room for improvement with The Midnight Organ Fight. Literally, there was only one album better than it in DiS’ Albums of 2008 chart. Which leaves The Winter Of Mixed Drinks in a tricky position – either it turns out to be the best album of the year, or surely it’s failed?

The bad news first. This latest release by Scott Hutchinson’s ever-expanding ensemble falls short of the dizzying intensity of its masterpiece of a predecessor. But crucially, it is far from a failure – in the broader context of British alternative music, it cements Frightened Rabbit at the creative peak of the folk-crossover scene.

It’s fair to say that TWOMD wouldn’t be so affecting had TMOF not come before, but then all music is enhanced when understood in its context. And really, the two fit jigsaw-like into the same narrative. The earlier album was the sound of a man left wrestling with the turmoil of a broken heart; the new record is the sound of Hutchinson moving on, growing up and trying to order the chaos he has been left with.

So there is the same tremble in the voice, the same elegance in the guitar tone, the same march of the Military Tattoo in the rhythm – but a renewed purpose. “Oh the loneliness/and the scream to prove to everyone that I exist” is a lyric full of frustration that life isn’t everything that was hoped for. But when it is catapulted by frantic strumming and handclaps of solidarity into a climatic stream of consciousness, it’s clear that Hutchinson is past lamenting what could have been.

Even a song that deals explicitly with an old relationship, ‘Nothing Like You’, is rattled off with blistering pace. It manages to avoid losing its hook or sense of melody in its wall of sound chorus, making it Frightened Rabbit’s catchiest pop song to date. ‘Foot Shooter’ seems to expose this peace of mind however, as a façade, as a delicate piano is intruded by droning guitars that paint a haunting picture of giving up.

With the next track though, ‘Not Miserable’, comes resilience. That piano returns, but more insistently, this time building with the other instruments to an epiphany that shines light on misery. Soon enough, Frightened Rabbit are ‘Living In Colour’. Vocals and guitars are layered over an anthemic chorus that must have been recorded with the inimitable unity of a live show in mind.

TWOMD then, is an album that charts its protagonist’s emotional progress: from the fragile, slightly bitter isolation of ‘Things’ and the nonchalant self-imposed quarantine that ‘Swim Until You Can’t See Land’ recounts, to camaraderie and, finally, ‘Yes I Would’s tender acceptance.

Inevitably, there is less raw emotion on this album than on TMOF. The moments of sobriety are not quite as crushingly honest as ‘Backwards Walk’, nor do the choruses throb with as much feeling as ‘The Modern Leper’. But then, there have always been more songs about breaking up than there are about getting over it, and The Winter Of Mixed Drinks is unshakably true to life. If anything, this record should be remembered as a tribute to the way individuals can pull through even the greatest heartache.