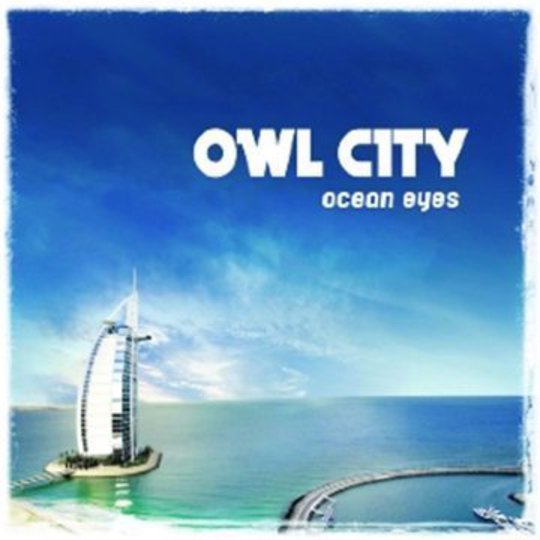 No matter what your age you can always be sure that pop music will be sniffing around your heels like a stray dog, looking for an easy opportunity to worm its way into your affections. Easily-targeted demographics had better watch out. Whether it’s the granny-luring charm of Susan Boyle or the Top Gear soundtrack intended to get Dad winding down the soft-top once and for all, everyone’s money is equally green.

Of course, the most easily obliging group are those who haven’t quite weighed up what exactly it is they do like yet, so in these times of dwindling industry-profits, welcome the new musical elite, the pre-pubescent tweens. A cursory glance at the Billboard Chart shows the likes of Miley Cyrus, High School Musical and the Jonas Brothers riding high, whilst on our side of the Atlantic Adam Young - aka Owl City - reached number one with ‘Fireflies.’ So, pop singer at number one eh? Nothing new there. So why all the vitriol?

Perhaps it’s because Ocean Eyes is not the work of an America’s Got Talent winner, but of a shy musician who has spent years escaping insomnia by crafting intimate laptop-pop in his parent’s basement. It might seem like he’s sprung from nowhere, but this is in fact his third record, the first two being low-key self-released affairs. In interviews he speaks quietly from beneath a swept fringe about Boards of Canada and growing up as an introverted loner. It’s all very Conor Oberst, it’s all very… indie.

And there’s the crux of the matter. Owl City don’t sound like a mainstream pop band, they sound like a Fisher Price My First Postal Service, shorn of lyrical subtlety and left to soak overnight in tepid rosewater. There’s genuine emotion here, but with all bones carefully removed so you’re left with an album that’s twee-er than two ragdolls on a houseboat. I could take up the entire word-count of this review picking out childishly sentimental lyrics like “you’re the bird, I’m the worm, its plain to see we were meant to be” or “every mushroom cloud has a silver lining” but I’m sure you get the point.

It seems that for those with a well-honed sense of us vs them, Owl City have crossed an unspoken divide. As if by nudging in on the territory marked out by Ben Gibbard back in 2003, Young has somehow hitched a free-ride to the top of the charts and now occupies a prickly no-mans-land between indie and mainstream.

But such pessimism is not a label that fits Owl City well, and hiding beneath the syrupy vocals is a record filled with surprising musical innovation. There’s delicately uplifting strings on ‘On The Wing’ whilst ‘Umbrella Beach’ rachets through the gears from hushed verse to shimmering euro-disco chorus. Its relentlessly positive music that skips and bleeps its way along in a way that renders critical dissection slightly awkward, like being hostile to a Tickle-Me-Elmo. Naturally Ocean Eyes contains plenty of songs that are flimsier than a 99p windbreaker. ‘Dental Care’ for example is a ditty about, well, how much Young hates going to the dentist. ‘Vanilla Twilight’ invents a beta-version of twee-mo with the lines “The stars lean down and kiss you/ I lie awake and miss you/ pour me a heavy dose of atmosphere” and the way Young pronounces the word ‘fireflies’ pushes the rhoticity of the American accent into an entirely new spherical realm. However, this is music aimed squarely for the naïve-at-heart, and the industrial knife-sharpeners are best waved elsewhere than at the entirely likeable Young. If these genteel Casio-noodlings are what the kids are going to be listening to in 2010, I predict a peaceful year for the rest of us.