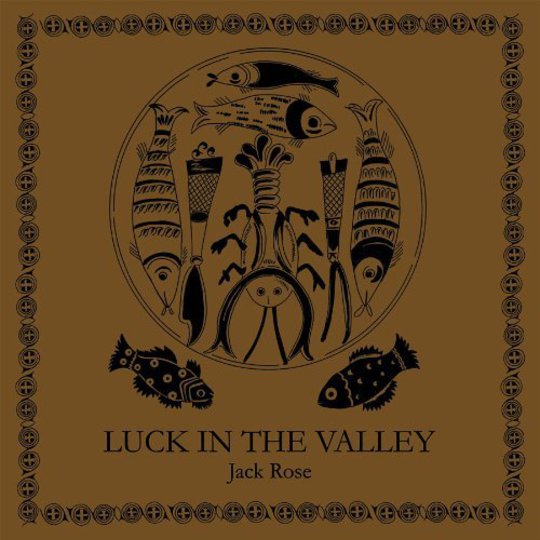 In an interview with Pitchfork, Six Organs of Admittance supremo Ben Chasny talks of his love of Jack Rose. Chasny said that Rose “calls out all the acoustic guitar hacks, like myself, and spanks our collective open-tuned ass… but the thing about Jack is that where most guitarists think it's enough to know the Takoma crew, Jack has drowned himself in real country-folk blues music.” For Chasny, part of Rose’s greatness lay in the virtuoso skill of his playing; whereas many instrumental guitarists choose to play ‘open-tuned’ - their instruments pre-tuned to a chord, making it easier to pick out melodies - Rose instead often let his fingers shape each individual chord and melody, a virtuoso skill. And if both Chasny and Rose could trace their heritage through the Takoma back-catalogue to grandfather Fahey himself, Rose alone followed the rootsy branch of Fahey’s heritage, the ghost within his music of a tradition of blue-grass and folk stretching back a generation.

As Chasny rightly points out, it was these two facets that rendered Rose unique. If Chasny himself instead followed the route laid out in the wake of Fahey by Loren Connors’ dark, atmospheric blues, and Richard Bishop and Steffen Basho-Junghans took their skills to darker, more abstracted places, there was something more faithful about Rose’s music. And yet Rose’s playing could also be hypnotic and mysterious, his music imbued with an droney, oriental inflection evident from the work of his early band, Pelt, and many of his later solo pieces. The closest he ever came to a ‘breakthrough’ album was 2005’s Kensington Blues, a record full of that strange contradiction between American ‘primitive’ and something more furious and meditative.

Just over two months ago, Jack Rose died, aged only 38. Luck In The Valley is thus at once both his last album and an unintended posthumous release. If in Fahey’s music the ‘primitive’ is that raw simplicity of old-time folk, Rose here takes it to a logical conclusion, playing alongside musicians performing live takes of both original compositions and covers of pre-war blues and folk songs. As such there’s a strange dissonance between the tracks, opener ‘Blues For Percy Danforth’ typical of Rose’s mix of wondrous fingerpicking and eastern stylings, simultaneously lushly meditative and effortlessly controlled.

Meanwhile, at the other end of the spectrum, covers of songs like ‘Saint Louis Blues’ and ‘West Coast Blues’ have a hokey, old-time rattle to them, full of whistling banjos and shallow, tinkling keys. Still, after a few listens the apparent disunity of styles begins to melt away, the playfulness of these ancient covers sitting comfortably alongside Rose’s own, darker concept of the blues. ‘Moon In The Gutter’ is a bleak, banjo-lead number, twisting out a menacing minor-key refrain. The equally beautifully melancholic ‘Tree In The Valley’ showcases the breadth of Rose’s talent, his hands picking out an improbably complex, winding narrative melody.

A few years ago I saw Jack Rose perform in a church in Manchester. I remember the little atrium lit by little more than a few candles, as the crowd sat in reverential silence. Rose himself, as far as I can remember, said nothing at all; I can see him hunched belligerently over his guitar, his music at once well-tempered and strangely manic. There’s something similarly uncompromising about this album, both a marvelous showcase of Rose’s unique vision of folk and blues, and a sad memento of how much more he could have offered. Nevertheless, even without it being Rose’s last musical statement, Luck In The Valley is a brilliantly strong record that reminds you both of Rose’s own majestic ability, and the playful power of these seemingly ancient and ‘primitive’ musical forms, something Rose understood as well as anyone.