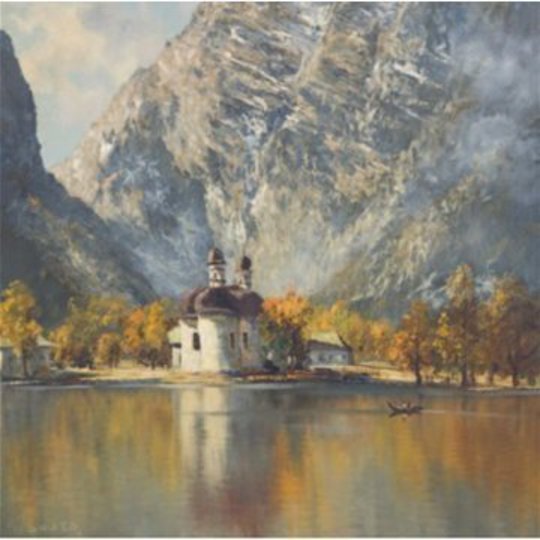 'Black noise' is a frequency known to humans as silence. It exists on the spectral level heard by animals, the kind of sound that prefix natural disasters - an earthly organic mutation of sonics. It is this intangibility and awe that Pantha Du Prince shoots for on his Rough Trade debut record of the same name. For an album that is already being touted with potential to cross over into the indie mainstream, it admirably doesn’t pander to its new audience. It’s resolutely itself and much the better for it.

It’s less obviously visceral than previous album This Bliss, which was characterised by gorgeous swarthy textures. Instead Black Noise digs deeper and comes up with more gold. 'Lay In A Shimmer' opens the record with faraway chatter and frayed noises. This sonic debris is swept up, and rebuilt, transformed into a new shape by the thuds of deep bass and a synthetic sounding glockenspiel. It’s affecting in the same way a record like Burial’s Untrue was, finding the same emotional power in acoustic sounds and negative spaces.

The negative space is particularly tantalising on Black Noise, with its roomy bass kicks and melody lines left hanging or allowed to cycle into forever, eventually becoming nothing. The space lets the music flow alongside wherever you are, whatever you are doing or thinking. It allows it to be ultimately evocative in any situation. Everything becomes more fluid, more romantic.

If the fluidity of Black Noise models itself on the secret movements of the Earth, the noise of tectonic shifts and brewing storms, then the apex is found in penultimate track 'Im Bann' and its almost shoegazey textures. An anonymous voice drifts in and out as delay envelopes a hazy melody line. The absence of a beat or strict rhythmic elements make it an easy contrast to the rest of the album, a moment that pulls you in for a closer look, away from the colder, darker textures and towards something warmer and more colourful. Indeed the whole back end of Black Noise ends with a roar as Pantha du Prince descends into psychedelic swirls and shoegaze textures. It makes for the most compelling moments on an already excellent album and rewards listeners for sticking with an intensely sprawling piece of work.

For a record pinned as minimal techno’s great white hope, it makes few compromises. Only one in fact: 'Stick to My Side' is its ‘pop’ moment and will be the entry point for most people because of the guest appearance of one Panda Bear. It hooks you right in with housey claps and blasted out bass textures; as far as minimal techno goes it’s a real foot tapper. The familiar negative space is there until those signature high, pure tones flood in the front door. Noah Lennox’s vocals are actually a bit more restrained than usual but he still explores the same deceptively simple melodies that have won him so many fans and plaudits. It serves well to distract from the subtly building textures that suddenly eject after about five and a half minutes allowing deep bass kicks to propel the track and vocals into a unexpectedly anthemic moment.

Black Noise manages to navigate the tightrope of expectation and creative vision with aplomb. It’s rich and meaty, the kind of album you can really get to know over a long period of time. And for such minimal music, the result is surprisingly visceral at times. It doesn’t so much blur genre lines as smudge them away with a wet thumb. It makes Panda Bear's lyric "Why stick to the things I already know?" seem less of an adventurous leap into the unknown as a natural progression of things you already know. When taken in all its sprawling glory, the record is intense and rewarding, and when it stops the silence becomes grandoise - if you let it Black Noise might just change the way you listen to the world.