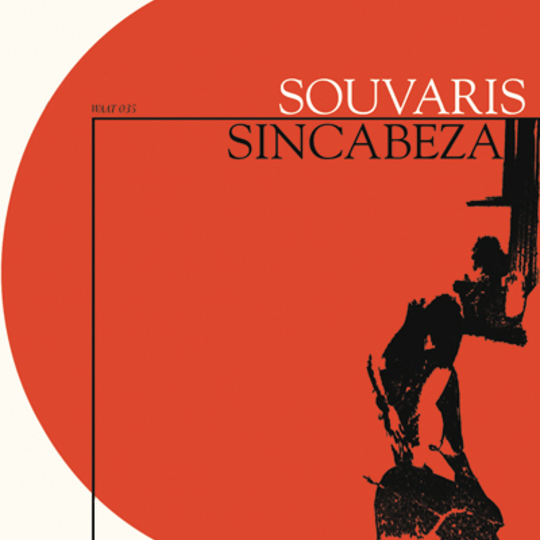 Nottingham imprint Gringo has established itself as one of the UK's premier independent labels. And rightly so, its legacy over the past thirteen years bestowing the likes of Lords, Seachange and Reynolds upon many an unsuspecting ear over. Another of its discoveries, fellow East Midlanders Souvaris, have also confounded both genre classification and ultimately expectations over a similar timescale. Although initially recognised as a post-rock outfit, the diverse and often languorous elements of their intensely complicated musings mean that more often than not, they've tended to be lauded with the 'experimental' tag, which usually occurs when genre simplicities can no longer be applied.

2007's Hat long player, an uncompromising hour long monologue divided into six exquisite pieces harbors that point in no uncertain terms. Indeed, while many of their contemporaries have struggled to free themselves from post-rock's formulaic shackles, Souvaris have just taken one step further with every (admittedly few and far between) subsequent release, constantly striving to aspire to that unattainable next level and beyond. The two tracks they contribute to Clown Jazz once again delve deep into unchartered territories. Opener 'Great Scott!' with its heavily accentuated drum intro leads the listener into a false sense of security before noodly jazz tinged guitars erode into a melodic soundscape not too dissimilar from a more obtuse Boards Of Canada. From out of nowhere around the three-minute mark the tension builds up into a sci-fi flavoured epic that proves relentless until the song's final third, its pensive breakdown laying the foundations fastidiously before merging into the heavier, brooding 'Hello Antelope' which recalls the first Battles EP in its execution until a relentless halo of percussion and haunting piano change the song's course and direction, occasionally throwing the listener off balance.

Nevertheless, it's a largely triumphant return that, while not necessarily engaging Souvaris to a whole new fanbase, evidently suggests the time spent between their last record and this one hasn't been one of standing still or resting on one's laurels.

Bordeaux four-piece Sincabeza are a lesser known quantity, certainly on this side of the channel at any rate. Despite being around since the early part of 2002, their recorded output is no more prolific than their English counterparts on Clown Jazz. Nevertheless, with a penchant for playing live rather than in the studio not to mention experience of playing alongside such experienced musicians as Laetitia Sadier (drummer David Loquier shares sticks duties in Monade), they've carefully honed their sound to one of carefully constructed perfection. Embracing all aspects of math, post rock and post punk among others, Sincabeza are an unusual commodity in that despite the angular rhythms and occasional digressions into loose limbed funk, they too prefer to work without the aid of vocals.

However, across the three tracks they contribute here it works in a mesmerising fashion, opener 'Bacalacola's pulsating riffs stopping and starting at exactly the right moments with a precision and dynamic accuracy only the most accomplished of musicians could pull off with such consummate ease, while 'Facile A Compter' ('Easy To Count') ups the ante somewhat, overloading the jagged four-by-four beat with heavy distorted guitars before grinding to a tempestuous halt via what seems like a delicately infused foxtrot through the final third.

The highlight of their wares, and possibly the entire record itself comes courtesy of the wondrous climax that is 'Malalido', an eight-minute epic of gargantuan proportions that starts off sounding like Adam And The Ants circa Kings Of The Wild Frontier before embarking on its own merry freeform way of no particularly discernible trajectory, yet still manages to sound masterful and concise at the same time. By the time it draws to a close, colossal slabs of reverb engulfing 'Malalido''s incessant dancefloor friendly undertones, one wonders why most bands bother using vocals at all.

Between them, Souvaris and Sincabeza have dutifully conjured up a masterclass in self-expression without a single spoken word being uttered throughout.