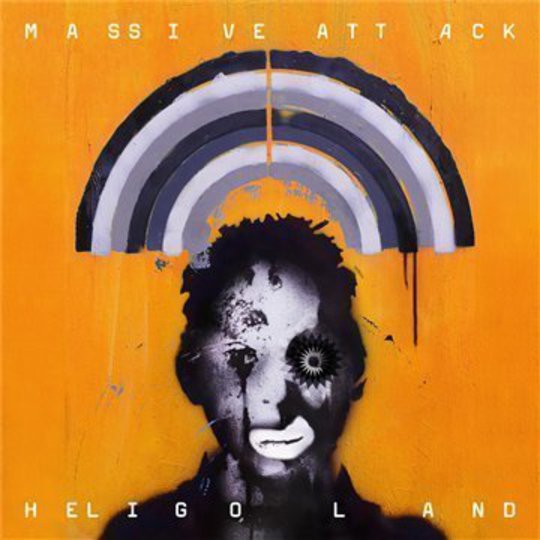 When, in 1991, Massive Attack briefly dropped the second bellicose half of their name to avoid offending any delicate sensibilities in the run-up to the first Gulf War, it seemed like the first time that any events beyond Bristol had intruded on the unique headspace the group had carved for themselves. Their Blue Lines album was a hazy reflection of soul and hip-hop, musical mirror images as enigmatic and elliptical as the lyrics this amorphous collection of individuals sang and rapped in ghostly voices. It sounded like nothing else around at the time, a record which hung suspended in a sphere of its own. The same terrain might have been colonised by a thousand pale imitators under the cloak of ‘trip hop’ since, but familiarity has done nothing to dull Blue Lines' aura, even given its ascension from small cult concern to the upper echelons of every ‘Best Albums Ever’ list since.

Now, nearly two decades down the line - and with many original members lost en route – in some ways we find Massive Attack actively engaged with the outside world. Their fifth album arrives at the same time as the Chilcot Inquiry’s post-mortem on the second Iraq war; a conflict of which Massive Attack’s Robert ‘3D’ Del Naja has been a vocal critic, whilst the audiences at any of their live shows in recent years – many staged as fundraisers for Palestinian aid charity the Hoping Foundation - will have been greeted by LED displays of apocalyptic statistics about oil consumption, global warming and military budgets. And some of the lyrics here – such as the line "the bankers have bailed" in ‘Splitting The Atom’ – suggest that Del Naja and Grant ‘Daddy G’ Marshall have picked up at least one newspaper between them in the seven years since Massive Attack’s last LP 100th Window; the album where emotional introspection degenerated into outright solipsism, something almost certainly partly due to Marshall’s decision to absent himself from its recording in order to raise a family instead.

An apparent urge to turn their gaze wider also seems to have influenced their choice of guest vocalists on Heligoland. As on previous albums, where Massive Attack collaborated with female singers chosen more from their own record collections than the charts of the day – be it Tracey Thorn on Protection, Liz Frazer on Mezzanine or Sinead O’Connor on 100th Window – here they drag Mazzy Star’s Hope Sandoval and Martina Topley-Bird out of the semi-obscurity in which they’ve languished over recent years. Mind you, the same can’t be said of the male vocalists Del Naja and Marshall have drafted in alongside themselves and hardy perennial Horace Andy, however. As lead singer of TV On The Radio, Tunde Adebimpe fronts one of the hippest bands in the world; Guy Garvey is still basking in belated recognition after Elbow’s Mercury success, and some bloke called Damon Albarn hardly needs to come crawling to them to give his career the kiss of life. Plus, when you combine all of those factors with the heavy sonic debt dubstep owes to Massive Attack, you should have a band more in tune with the times than ever before.

Strange then, that for large parts of Heligoland you find yourself questioning quite how relevant Massive Attack are these days. For the first time in their career they actually sound retro and beholden to their own past glories, particularly the soul of Protection or the menace of Mezzanine. A fact which will be of some consolation to the old-school fans Del Naja alienated with the occasionally indigestible stew of post-rock and electronics on 100th Window but – however misguided an experiment that album might have been – it at least tried to go forward rather than standing still or looking back. The feeling of treading water is most pronounced on the female-fronted tracks – Topley-Bird still possesses a uniquely soulful voice, but even she can’t really distinguish the unmemorable minimalism of ‘Psyche’, whilst the marriage of her jazzy tones with clipped breakbeats on ‘Babel’ sounds uncomfortably close to Morcheeba. Sandoval fares better on ‘Paradise Circus’, her somnolent voice spread over an ascetic arrangement of piano and bass which slowly builds to a string-swathed peak – it’s heart-stopping in some ways, a lip-tremblingly good piece of music which would do almost any other group proud – but ‘Protection’ or ‘Unfinished Sympathy’ it ain’t. There’s also a distinct sense of déjà vu in the requisite Horace Andy solo track ‘Girl I Love You’ – a lyrical and musical retread of ‘Angel’ from Mezzanine – whilst ‘Rush Minute’ could also be an offcut from that earlier album, with Del Naja mumbling "all is clear in a glass of beer" amidst a downpour of post-punk guitar. Marshall’s deep bass voice makes its only appearance rubbing up against Andy’s falsetto and Del Naja’s sinister whispering on ‘Splitting The Atom’; far from a bad track but one which also reminds you that they’ve done similar things better before on ‘Five Man Army’ or ‘Karmacoma’.

Yet when they let the more famous names into the studio and work more behind the scenes, Del Naja and Marshall can still clearly rekindle the slow-burning spark of their previous work. Rather than being overshadowed by Adebimpbe, Albarn and Garvey, having them take the forefront for their individual tracks seems to have given the duo the space and the confidence to experiment more; and the results are spectacular. Opener ‘Pray For Rain’ sets the album’s overall tenebrous timbre with its ominous piano and martial drumbeat rolling under Adebimpbe’s tale of environmental destruction, only to change gear halfway through as the rhythm switches to 4/4 and the despairing vocals briefly become a wordless lament. Garvey’s appearance on ‘Flat Of The Blade’ meanwhile updates the contrasting collision of angular machine beats and swirling strings that Bjork and Mark Bell thrust together on Homogenic, except based around what sounds like a shellshocked Mancunian war refugee murmuring "things I have seen will chase me to the grave". But best of all is ‘Saturday Come Slow’ with Albarn, which initially has the same downbeat atmosphere as The Good, The Bad and The Queen or the more mournful moments of Blur’s 13. Yet it's lifted out of the shadows and into the light by an orchestral coda and guitar equally as yearning and impassioned as Albarn’s voice. Although much of Heligoland suggests that Massive Attack might finally have burned out, the glowing embers of what they once had can still be glimpsed providing a light in the dark.