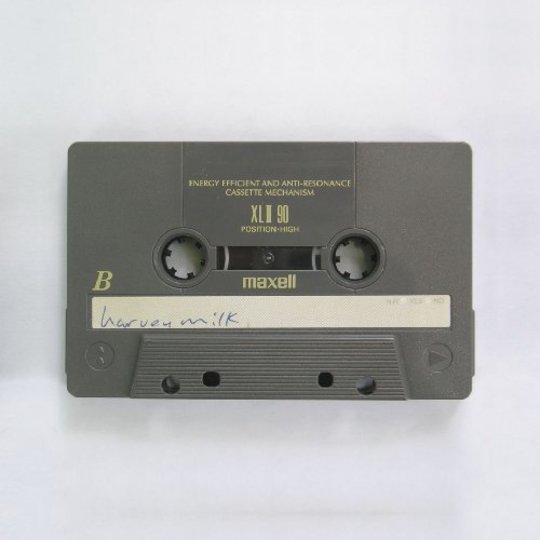 It would certainly be stretching a point to say that Harvey Milk emerged as the complete article, as they have improved in pretty much all departments over time – and that’s with an eight-year gap of inactivity in the middle. Yet Harvey Milk, the first properly-available release of the Athens, Georgia band’s debut album that never was, demonstrates that pretty much all the elements they were working with circa 2008 were also in place circa 1993. Screwed’n’chopped ZZ Top butt-rock; sarcastic reimaginings of Saint Vitus and their doom metal underlings; a touch of that macho-not-macho intellectual greasemonkey image that the Amphetamine Reptile label had a lock on at the time; songtitles used more from necessity than to convey an opinion. If you fell for these fellows’ burly tricks when they issued their fine comeback album Life… The Best Game In Town a couple of years back, you will – guess what? – very probably like this.

Until now, the only way of getting these songs was on one of the 300 copies of the double LP that came out last summer – if you didn’t attend any of the US shows it was sold at, expect to pay through the nose – or, more likely, from a download site. As of now, Hydra Head implore you to take that shit to the recycle bin and purchase a copy with cute artwork (I mean, it’s a photo of an old cassette tape, but it makes its point succinctly) that doesn’t sound like low bitrate purgatory. Produced by Bob Weston, of the then-brand-new band Shellac (and who was also fairly new to the work of record engineering), Harvey Milk has been referred to as The Bob Weston Sessions for some time; the remaster given to its ten songs serves to emphasise, rather than undermine, Weston’s keen ear for the dramatically heavy.

From the off, ‘Blueberry Dookie’ teaches us that the band were hot for the Melvins as much in 1993 as on Life… 15 years later. ‘Plastic Eggs’, coming in close to seven minutes, is equally disinterested in letting up with the downtempo; the band liked this song enough to put a rerecorded version on their second album, 1995’s Courtesy And Goodwill Towards Men. ‘My Father’s Life’s Work’ follows a broadly similar template – raining-blows doom riffs in slo-mo, drums of death, Spiers delivering his lyrics one syllable at a time – but with the added bonus of HM’s blues-rock side brought to the fore, then acid-washed and wirewool-scrubbed. It sounds a fair whack like Bardo Pond’s late-Nineties Matador albums, which is a perfectly fine place to be, especially given that this predates them.

Lazy record reviewers everywhere will surely cheer ‘PROBOLKOC’ (bless you) as its elements contain trace comparison points with Shellac circa their first few releases, as well as Nirvana circa In Utero, which Weston had a production role on earlier that year – that introductory drumbeat sounds a whole lot like ‘Scentless Apprentice’, doesn’t it? (The drums are both pounded and recorded in pretty heroic fashion the whole way through, in fact.) As such, for a band who were cruelly unappreciated outside of their Athens homestead during the first leg of their existence, Harvey Milk certainly capture the, ahem, zeitgeist of the time – at least among the workshirts’n’chauvinism set in early-Nineties American rock. That the band were metalheads and punk rockers in equal measure is hardly up for debate: ‘Jim’s Polish’ has a guitar solo that may be the most flagrantly onanistic in the band’s catalogue. You can imagine looking up and seeing Zakk Wylde nodding in appreciation.

The reason for Harvey Milk’s non-release at the time has never been made clear: it was set to be on a label called 227 Records which seems to be near-impossible to find information on now. What is clear is that its 2010 release amounts to much more than Hydra Head swiping for your precious cash by dredging up a band’s nascent fumblings in the name of ‘rarity’. It’s a testament to the band’s curdled vision that, even without anyone hearing this properly at the time, they still went on to cast a long shadow over the last decade of noiserockdoomsludge hybrid metal – a self-evidently influenced band becoming highly influential themselves.