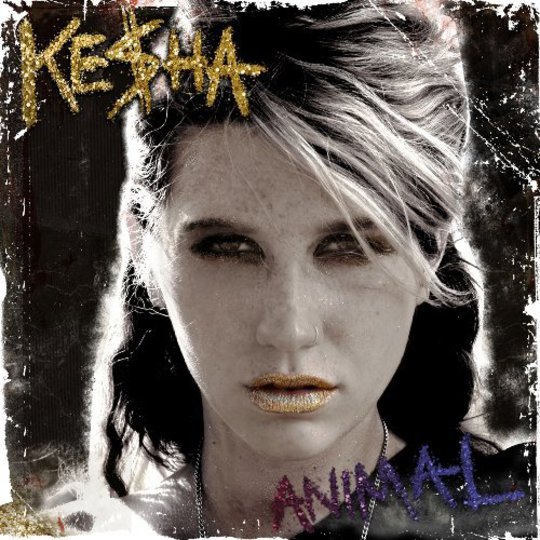 Like it or not the pop world in 2010 is in a state of post-GaGa flux. Such was the industry’s need to react to the high camp of ‘Poker Face’ and the like that evolution even began to show in the latter parts of last year with pop starlets adorning themselves in increasingly outlandish costumes and Euro synth Pop becoming the sound du jour. From Cascada through to Rihanna the effect was palpable. Where that leaves the Class of 2010 is an interesting outcome to observe.

Ke$ha is in exactly the same position as Lady GaGa was twelve months ago. Stylistically they are worlds apart but in her role as the expectant queen of pop, Ke$ha has the eyes of the world looking her way for a series of year defining singles. Going on the strength of Animal however, that isn’t going to happen. In terms of context Ke$ha isn’t a GaGa or a Britney, she’s not even a P!nk or a Katy Perry. She’s Miley Cyrus drunk cousin, Joss Stone with a hangover, she’s Ashlee Simpson’s friend rubbing herself suggestively on Pete Wentz.

This is a shame when you take ‘Tik Tok’ the global smash single and first real peek we have got at Ke$ha as a solo artist. Trashy and rambunctious, it’s a brash summer anthem about getting drunk and partying hard. World rocking it might not be, but as a piece of disposable pop it captures a moment and boasts a huge hook which, really, is all you need to rule the radio, TV and ringtone airwaves. From there on in, however, things rapidly descend into frat boy, keg party thinking and a pre-pubescent obsession with getting wasted and rueful abandon. ‘Kiss ‘N’ Tell’ tells the tale a “slutty” ex of Ke$ha’s spreading his wild oats around the town, ‘Take It Off’ meanwhile is about visiting strip clubs with “A bottle of whisky in your handbag”. Given that on ‘Tik Tok’ she has already told us she brushed her teeth with Jack Daniels it’s at this point you suspect Ke$ha is either attempting to challenge Oliver Reed's reputation as the world’s biggest caner or that rather, she is one of those kids from school who talk about getting drunk off wine gums.

Let’s not be po-faced about this. Music should be fun and you suspect we’re days away from a hilariously out of touch Daily Mail editorial about how Ke$ha is coming to rot the minds and livers of our fair nation’s youth. It’s just that so much of Animal feels forced and immature, like Princess Superstar never happened. If she’s not attending a ‘Party At A Rich Dude’s House’ then Ke$ha is wallowing in the pits of the morning after the night before. The lowest point of Animal is the whiney and self involved ‘Stephen’, an ode to Ke$ha not being able to snare a guy who has a girlfriend. In terms of a invoking a lack of empathy it’s only a short second to Akon’s ‘Locked Up’ and that’s about a man in prison moaning he hasn’t got much to do.

Overall Animal is a dumb album. Where it tries to be empowering and fun it comes off sounding like a spoilt brat singing the American Pie script through auto-tune. Not even the good American Pie either, the newest straight to DVD one’s. We’ll have to wait a bit longer for 2010’s pop voice because it sure as hell isn’t this.