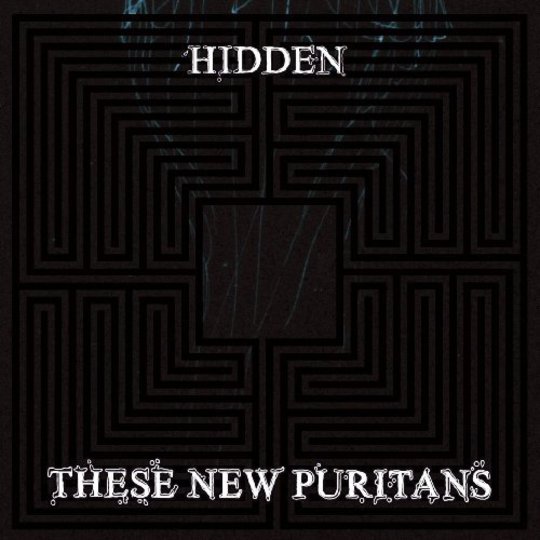 At some point in the planning stages, These New Puritans front man Jack Barnett must have said: 'Okay, we can either stick to our guns, make another pretty-decent record, or we can go for broke'. I mean, how else does writing a collection of songs around a bassoon come about? Bravado is always easier from the sidelines; that is, don’t dismiss the idea of making Beat Pyramid Part 2 out of hand. After all, TNPS’ debut was actually better than pretty-decent, ticking all the right electro-pop boxes. Mark E Smith vocals, scratchy Gang of Four guitars and strident synth rhythms jostled for space in a strangely evocative way. To be sure, Beat Pyramid was a promising shot across the bow, but no one could have predicted the carpet bombing TNPS intended to unleash.

Hidden announces its extravagant aspirations on the opening track, ‘Time Xone’, where somber classically-arranged oboes, clarinets and bassoons act as an overture to the upcoming ten-track symphony. The instrumental piece makes a hasty exit for the aptly entitled ‘We Want War’, which sets the stage for the darkly romantic production you’d expect to soundtrack the cinematic battlefields of Middle-Earth. Big drums reverberate and ominous keyboards lay the groundwork for a struggle of epic proportions. Barnett’s vocal cadence alternates between rapid-fire urgency and world-weary sighs. Choral harmonies, majestic horns and plinking pianos complement the latter half of the song perfectly and despite this brilliant introduction, the best is yet to come.

Discordant piano chords, xylophones and snare-drum spackle move in weird concentric circles around Barnett’s soaring vocals on ‘Hologram’. Hell, there’s even a duck whistle thrown in for good measure. It’s Field Music at their most triumphant, minus the sunny disposition. Another highlight is ‘White Chords’, the droll exclamation point near the end of the album where plodding atmospherics and Barnett’s slurred, ‘I’ve got white chords running through my body and the fur of a white cat on my back,’ are somehow transmogrified into concise and poignant declarations by the time they hit the back of your brain.

For all its touchstones to astrology, mysticism and Greek philosophy, Hidden isn’t so esoteric that it requires a liberal arts degree to keep pace. The album’s strongest attribute is the hybrid of new and old, minimalism and baroque, classical and rock music. It’s blended together so seamlessly the album defies categorisation, except to say that it’s a thoroughly modern affair. The turbulent mechanised-grime rhythms on ‘Attack Music’ and the hip-hop influences on ‘Three Thousand’ are guaranteed to be crowd favourites on some form of nightclubbing circuit or other.

Despite the handful of standout tracks, what makes Hidden unique is the way it flows as a cohesive whole. The woodwinds on ‘Canticle’ and the overlapping tribal and electronic drum patterns on ‘Drum Court’ serve as an important interlude before the curtain rises for the final act. In an era that continues to devalue the album format, they’re the type of songs you worry will stop seeing the light of day. But of course it’s these reflective moments that heighten the intensity during the action sequences and give breadth to the overall presentation.

For a band preoccupied with numbers, the risk-reward ratios of a grandiose statement-making gesture don’t add up — and yet here we are. With the possibility of disaster looming large, TNPS nevertheless exchange a proven method of guitar-accented dance electronica for a children’s choir, six-foot Japanese Taiko drums, and a 13-piece brass and woodwind ensemble. It’s an ambitious move and only the final product differentiates between folly and courage.

In the same way Animal Collective and Grizzly Bear set impossibly high standards early last year, so too it goes in 2010; only this time in the unlikely form of four youngsters from the Thames Estuary, whose biggest claim to fame thus far had been supporting the likes of Klaxons, the Kills and Crystal Castles on tour. The gambit paid off such that future TNPS reviews will almost certainly reference Hidden as their magnum opus. Say goodbye to supporting slots; TNPS are headliners from here on out.