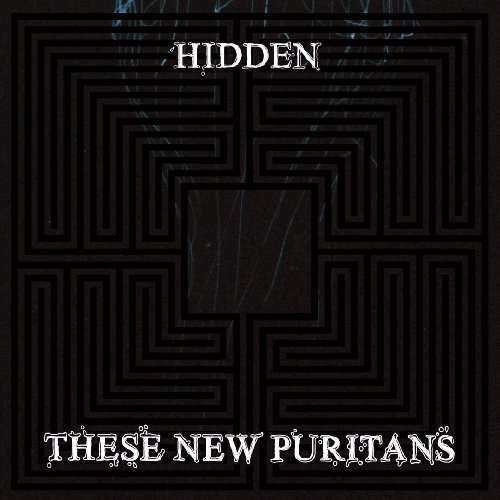 At some point in the planning stages, These New Puritans front man Jack Barnett must have said: 'Okay, we can either stick to our guns, make another pretty-decent record, or we can go for broke'. I mean, how else does writing a collection of songs around a bassoon come about? »

january album of the month and rough trade exclusive with a bonus four track ep featuring exclusive track 'thought rush', the sbtrkt remix and instrumental of 'we want war' and the alternative mix of 'hologram'. the release of 'hidden' marks two years since their debut album 'beat pyramid' infiltrated the minds and hearts of people yearning to find a band who would challenge, perplex and make perfect sense. produced by these new puitans' jack barnett and graham sutton (bark psychosis, boymerang) and mixed by dave cooley (j dilla, mf doom) the album draws equally on on the rhythmic lexicons of dancehall and 20th century post-minimalism, with instrumentation redolent of both the oceanic brass of benjamin britten's peter grimes and the plastic textures of modern us pop. it is sometimes brutal, sometimes melancholy, and sounds like nothing else. 'hidden' features six-foot japanese taiko drums, a thirteen piece brass and woodwind ensemble, sub-heavy beats, prepared piano, a children's choir, foley recording techniques (including a melon with cream crackers attached struck by a hammer, used to simulate the sound of a human head being smashed), and the ethereal voice of heather marlatt from dream-pop group salem.
description from www.r0oughtrade.com