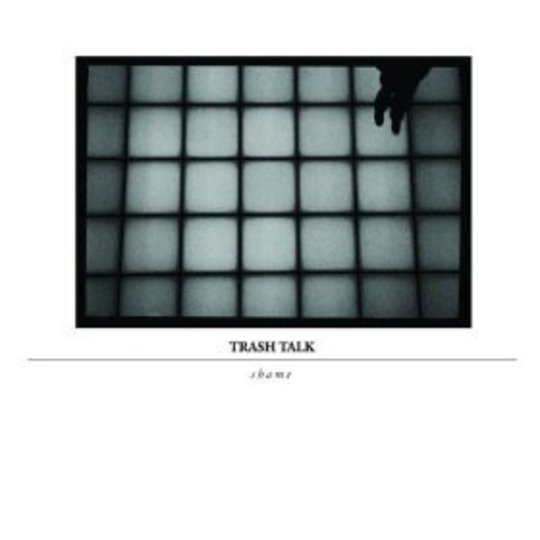 It's somewhat ironic that a band whose name means belittling your opponent should be receiving quite so much fulsome praise.

Indeed, judging by the positive press they've received, this Sacramento quartet would appear to be bright young thing of the hardcore scene. Certainly feted by the right people – they've supported Gallows and Fucked Up, their new album is being produced by Joby Ford from the Bronx, and Liam Cormier from the Cancer Bats reckons they've renewed his faith in hardcore. Even their DIY credentials ring true, what with their self-titled debut album being produced by Steve Albini and released on their own label in the US. So, does this, Trash Talk's first UK release – which collects said debut album and the three seven-inches they've released since 2007 – live up to the hype?

Fuck yeah it does. With all but two songs on this retrospective clocking in at under two minutes long,and over half shorter than a minute, there's precious little room for introspection. Instead, each songlet comes at you like a sudden hailstorm: battering you relentlessly for what seems like an age, but is actually hardly any time at all – and then starting again the second you run for cover. To be fair, even trying to identify individual songs becomes futile after a while, as the barrage continues apace. You might argue that the pace slackens after the first few songs – somewhere around track 11 – but even this is more like one of those occasional breathers you get in a moshpit – those moments of calm in between the chaos of movement and flailing bodies. In fact, it's pretty evident that much of this collection has been refined in the live arena. It ebbs and flows, peaks and troughs, in a way tailored for a crowd to sway and push to.

Even so, one of the most interesting things in this retrospective is being able to chart how the band's sound has developed over the last couple of years – and this is particularly evident in the final two songs. Penultimate track 'Revelation' – the longest song on the entire record at four and a half minutes long – is a fuzzed-up, heavily distorted sludgefest, featuring a vaguely hypnotic chant of "No-one, ever again" ,while 'East of Eden/Son of A Bitch' takes the battery assault of the earlier tracks and welds them to the sludgier tone displayed in the previous song. It's potentially the sound of a band finding its own voice, and if it's a sign of things to come, then next year's full-length should be something worth listening out for.

Even so, there's no doubting that, in the main, Shame is pretty straight-down-the-line hardcore like your momma used to make. That's in no way a bad thing, though. After all, while these guys stick pretty close to a formula, they do it with style, conviction and a hell of a lot of fury and passion – and when it comes to fine hardcore, it's the conviction and fury that matters.