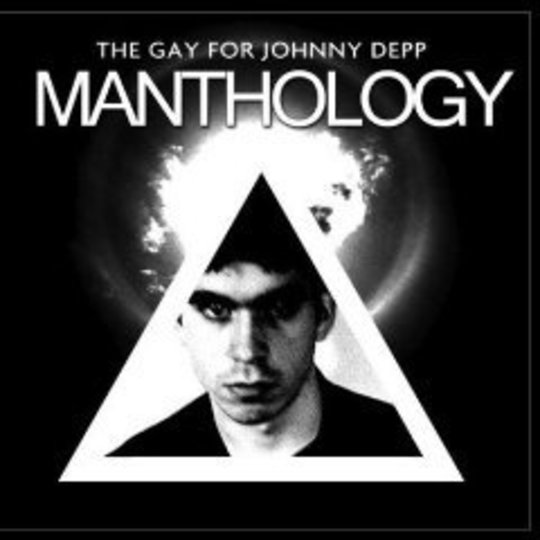 A bizarre-o dichotomy lurks in the amyl-nitrate-soaked undercrackers of New York spazzcore hand-wringers Gay For Johnny Depp. As a concept, they deserve to be taken about as seriously as a Jedward Christmas album based on the collected works of Dan Brown, produced by William Shatner and chanted entirely through a giant diamante kazoo.

Musically? Musically, it’s a different story - and a pretty bloody interesting one too, up to a point.

They’re not exactly the sort of band you’d really want to light a few candles, burn up some incense and sink into a steaming bath while listening to - unless, of course, the bath happens to filled with piranhas, butt plugs and miscellaneous bodily secretions, in which case GFJD might provide the ideal screamo soundtrack to history’s least dignified death by misadventure. The point is, anyone of a certain mindset would probably have a fucking great time while it lasted.

Don’t be confused by the videos on their MySpace, which tend to pivot around a granny-terrifying mixture of suggestive leering, grainy refugee footage and lump-hammering hapless gig-goers into piles of quivering mince. GFJD clearly love us; it’s just that they are to band-fan interaction what Lennie Small is to petting zoos. That’s probably why Manthology - snappily subtitled A Tireless Exercise In Narcissism Featuring Gay For Johnny Depp's Excellent Cadavers - clocks in at a speaker-buggering 31 tracks, only seven of which actually barrel through the three-minute mark.

The other reason for the album’s apocalyptic sprawl is that it’s a retrospective of pretty much EVERYTHING THEY’VE EVER DONE, which makes it less an album and more of a...well, a tireless exercise in narcissism, really. To give them due credit, they are at very least heroically self-aware. Picking individual tracks out of the frothing, churning malaise seems like an exercise in futility, given that the band kick off in true 0-60mph fashion with the representatively titled 'Cumpassion', and don’t really lift a foot off the pedal (or glance in the rear-view mirror, or make any serious attempt at steering) for the next hour-and-a-quarter.

That said, there are actually a range of influences lurking beneath the howling discordant squall if, like a coroner prodding away at a nauseating mass of pulpy genital wreckage, you somehow muster the stomach to delve right in and investigate. ‘Belief In God Is So Adorable’ sounds, as I’m sure Josh Homme would thrill to hear, like a more savage, less cock-waving (well, perhaps differently cock-waving) QOTSA as it lurches over the cobbles on broken stilettos to blow chunks in an already-overflowing skip.

'Delirium Approaches (Slut Lust)', meanwhile, sounds bizarrely like Purple-era Stone Temple Pilots ‘reinterpreting’ Pablo Honey backwards while off their tits on ketamine, and the aforementioned 'Cumpassion' could easily be an abandoned Deftones demo dating from back before Chino Moreno took whatever night job made him sound so ludicrously sleepy all the time. GFJD aren’t always particularly coy about these influences, either - witness such titles as Seriously, Ted Just Admit It and the even less shrouded Godspeed You Black Mogwai.

Lyrically, the content is...well, let’s go back to the titles, shall we? No Teeth Thumbs Up. We Bleed American (Dad Get The Cuffs). Nothing Worse Than A Whining Boy. Sex In Your Mouth. I could go on, but I don’t want to get DiS blocked by every work firewall in Christendom. Thing is, neither GFJD’s incendiary lyrics or risible name are the most interesting thing about the band.

From start to finish, Manthology is essentially a spectacularly inappropriate, brutally polarising (spin it on a date at your own risk - chances are good you’ll end up either on your own, or in A&E having a foreign object extracted from somewhere illegal), implausibly fun slab of post-hardcore garage thrash. Sure, it’s unlikely to find its way onto your iPod in its entirety, and the fact that these 31 tracks span five years with no discernible variation in style provides major concern for anyone insane enough to hope GFJD might one day break into the mainstream.

For the rest of us though, Manthology represents a chance to steal back a corner of the terminally navel-gazing screamo genre from the hordes of moping teenagers in a form we might actually enjoy. Let us cast our collective gaze about eight inches south of the navel this festive season, plaster ourselves in lurid homoerotic pornography and hurl ourselves into oncoming traffic while foaming at the mouth (and any other two orifices of our choice). Happy Christmas, drunken sailors everywhere! Now grab an egg nog and run us a bath...