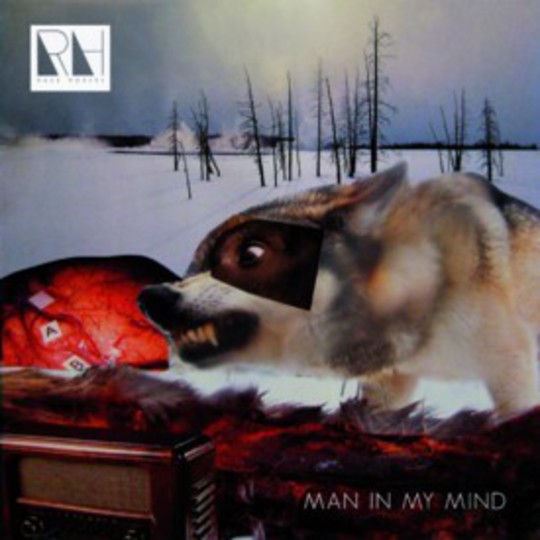 Race Horses write string laden psycho-pop marked by a stern refusal to acknowledge their contemporaries. Man in My Mind blends the freaky pop of Super Furry Animals with the irrepressible Welshness of Gorky’s Zygotic Mynci. Making these comparisons might be to under-sell the lads, the production does little to dispel such suggestions.

It’s immediately clear that Race Horses have moved on from their last single, Cake. On the Man in My Mind EP the bands sound has expanded: gone are the nasal riffs and text book delivery of the debut, with things being inspired by ‘Cacen Mamgu’ – the Welsh language flipside.

This is a concept record, telling the tale of one man’s descent into madness after a prolonged obsession with TV survivalist, Bear Grylls. The Man in My Mind EP at times struggles to differentiate between the sweet and the scary, although for us this is by no means bad news.

While it may be true that the band don’t shy away from influence, it’s spun differently here. ‘Man in Mind’ opens with the synth-drones of Mahler's Symphony Number One before emerging as a paint-splattered triumph. The same disregard finds the title track stutter to a halt, before melting into the organ powered freak out of ‘Grangetown’.

A minute and a half of twisted pop, ‘Grangetown’ is based around a demented organ progression that is half Austin Powers and half Rocky Horror, creating a broken carnival atmosphere. To call this nightmarish would be to miss the point – the possessed repetition, the tongue in cheek delivery make it more a satire; this is the soundtrack to losing your mind.

The weak link here is ‘Opium Den’ - a brief exploration built upon backward tape loops, static hiss and a wired chant. This sonic meltdown is a seam between ‘Grangetown’ and the high kitsch of ‘Last Boat to Dover’. A track draped in whimsy – telling of a friendship formed whilst waiting in a queue. Histrionics and static fall away to a chorus draped in strings and melodrama. The vocals of Meilyr Jones constantly wring with a sense of detachment, and the lack of any quantifiable emotion is highlighted in the lines "life is such a thrill, now that you made me ill", delivered way back in the title track.

It is the constant conflict between the beautiful and the absurd that keep Race Horses afloat; where Cake was driven by an almost straight edge vision, here the band offers a little more exploration. That’s not to say the whimsy has vanished, though it has been built upon. From the freakish beginnings of ‘Cacen Mamgu’ to a deeper sense of revelry found here on ‘Grangetown’ or the anti-climatic meltdown of ‘Man in Mind’ – this is the sound of a band hitting their stride.

There is no denying Race Horses are a band conscious of their heritage. Produced by Euros Childs and indebted to him for so much more – Man in My Mind is a record steeped in ambition which is informed by it’s predecessors, rather than borrowing from them. The shadow of Britpop is never far away but this is a much fresher, less cynical take on things. Race Horses create twisted arrangements swathed in colour as the cool and the kitsch collide – it's not perfect but it’s a solid sign of things to come.