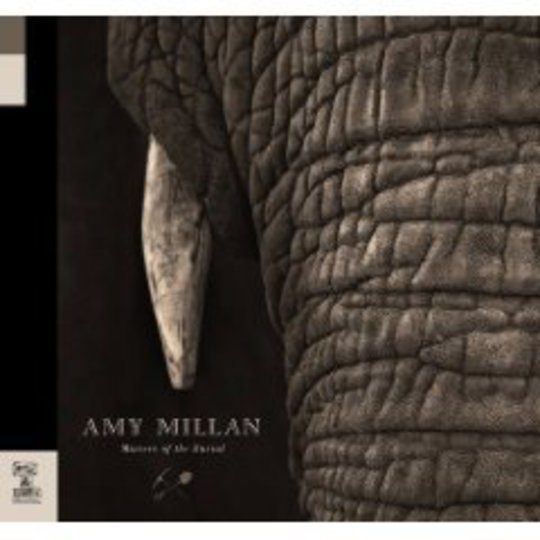 If there exists such a thing as a die-hard Stars fan, then Amy Millan will find out when she counts the sales of her second solo LP Masters Of The Burial, because it's hard to imagine anyone other than a devout Stars acolyte being interested enough to buy it. If mediocre first album Honey From The Tombs didn't put the casual and curious off, mediocre second album Masters Of The Burial certainly will. It's an intimate, country-influenced half-hour that's very easy to miss because there's so little actually to it. For every delicate moment of prettiness, there's a dozen that are just too delicate to register. It floats on, never daring to infringe your day, except possibly to help you end it. If there is an appropriate utility for Masters Of The Burial, it could be as a late-night anaesthetic.

Amy Millan has a very pleasant voice, it's true, and she uses it throughout this album, which is a good idea of hers. No guest singers for Amy's ballads, but Amy takes on four written by others, and these are among the strongest on the record. Richard Hawley's pensive ballad 'Run For Me' is sung slowly with just a chiming electric guitar for backup, and Amy's voice is very clear to enjoy on Jenny Whitely's 'Day To Day', which she sings with only a basic drumbeat. One of the more maximal arrangements features a really lovely string backing: Sarah Harmer's wistful ballad 'Old Perfume' is the album's stand-out. You get the point: everything's a ballad.

And yeah, I get it too -- it's intentional, Masters Of The Burial wants to sound intimate and cosy and warm -- 'Lost Compass' in particular sounds like it was taped within an inch of its happening. The problem is: albums prized for their sense of intimacy need points of connection -- a terse turn of phrase perhaps, a few cutting and convincing lines, or a soulful vocal performance, or a brief rush of vim and vigour -- because otherwise they're not intimate, they're just reserved. Like a lot of great records, Masters Of The Burial is minimally arranged, slowly performed and quietly recorded; but there's never a spark here because Millan doesn't give enough of herself to it. Her lyrics are familiar and generalised, so her personality is kept shrouded. She covers Death Cab For Cutie's 'I Will Follow You Into The Dark' and I don't believe a word of it. In 'Low Sail' she repeatedly tells of a determination to "find my way back to you", but it already feels like a foregone conclusion. She wants her man to stay with her in 'Finish Line', but it's more a polite request than a plea; I don't think she really cares, so neither do I.

Masters Of The Burial ends on a high note, literally. By leaving the final bar unresolved, Millan creates the tiniest hint of tension, the only such moment on the whole record. An unresolved ending in a film would suggest a forthcoming sequel; but not even Stars fans could get excited by that prospect.