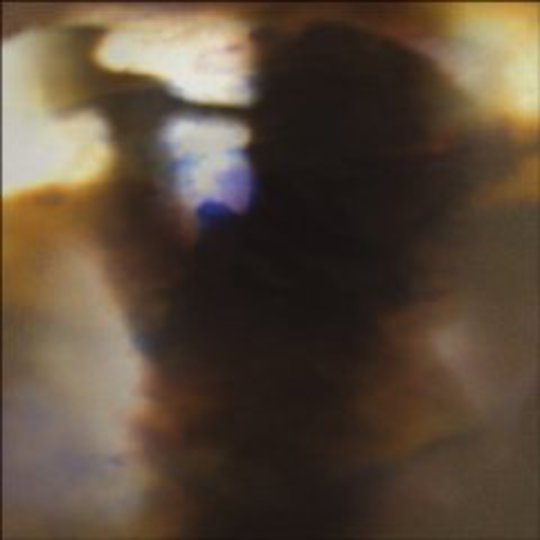 If ever there were proof needed that music criticism shouldn’t purely be the preserve of music critics, it lies with the fact that far and away the funniest and most famous putdown directed towards Animal Collective came not from a 'professional', but a poster on the I Love Music boards.

“OK, we get it,” quoth he or she, “You got stoned in the woods once.” Harsh, but, y’know, probably fair, or at least certainly in relation to Sung Tongs, the record said words were directed at and let's be honest, a not insubstantial chunk of Avey, Panda and the gang’s oeuvre.

History does not record what said poster made of the band's subsequent journey towards the glowing electrical ebullience of Merriweather Post Pavilion. However, it's probably safe to say is that they wouldn’t be overly enamoured of Fall Be Kind, an EP possessed of ‘vibes’ so herbal that possession of a copy is liable to be met with a stretch in prison in most Middle Eastern countries.

Across the course of five songs and half an hour, this mostly Avey Tare-helmed set manages to incorporate the lines “stop daydreaming, dude” (‘What Would I Want? Sky’) and “I let the hash relax me” (‘On A Highway’), one actual, bona fide Grateful Dead sample, and gives the overall impression of a record written whilst stoned on a tour bus, about being stoned on a tourbus. Indeed, the confluence of all these factors with the quite hysterical flute solo on the opening ‘Graze’ – it sounds not dissimilar to the bit where “the little children” dance in Spinal Tap’s ‘Stonehenge’ – would possibly lead one to the conclusion that here, finally, is evidence that Animal Collective are taking the piss all along. Except of course, that Animal Collective are never taking the piss - no matter how absurd, they mean it, maan. And, of course, there's the little matter of it basically being great, as per bloody usual.

Since the days of Sung Tongs, the band’s biggest advances have been textural, both in terms of sonic richness and their ability to capture their wealth of ideas on tape with such perfect clarity. If Fall Be Kind is noticeably less hooky than Merriweather Post Pavilion, it sounds just as ravishing, and offers an equally cohesive whole. The aforementioned flute break on ‘Graze’ (on the subject of which you’ll probably hear a lot from Wendy Roby in a couple of weeks) is, if anything, the big showstopper transitional moment, a la 'In The Flowers' or 'Purple Bottle'. It’s hard to repress a chuckle, but as it meshes with some of that crazy Merriweather... sub-bass and a gleeful “comfort, comfort!” playground chant, it’s pretty much classic Animal Collective, that strange quality of feeling like a shiny, exhilarating chorus while actually representing a madcap cranking of the volume set to wildly different musical tangent.

Being British, I don't know or care which part of ‘What Would I Want? Sky’ constitutes the Dead sample, but it’s a gorgeous song, a pulsing mantra that builds leisurely up to the title exit refrain with masterful nonchalance. ‘Bleed’ is the closest to an inessential moment, a short, hazy mid-record break built around a sample of vocodered gibbering; it’d a surprise if the band spent laboured on it unduly, but it’s got that hazy yearning thing they do so well.

‘On a Highway’ is perhaps the biggest triumph here: it literally is a song about Avey looking out of the window on a tourbus while unable to sleep and deciding he might as well get high. Over thick, slightly ominous bars of electronic droning, he manages to make the whole thing sound almost entirely magical, his fugged observations drifting blissfully through music that never relaxes its sinister edge, that nagging feeling of watching the world in wonderment while fervently craving sleep.

The concluding ‘I Think I Can’ is the only track on which Panda’s radiant honking comes to the fore, and is also the most Merriweather...-esque track, a big, bounding, nocturnal cycle of rubbery drums and zooming electronics. A fine thing it is too, but really, this is Avey’s record. Aside from the band’s advances in the studio, perhaps the biggest change since Sung Tongs - probably since Strawberry Jam - is that Avey’s feyer tendencies have simmered down immeasurably. Where once he’d have squawked, squeaked and skittered about the delights of being chonged, here the guy holds his bud like a man, and a soulful one at that. Who knows, maybe that guy from I Love Music would be okay with this. After all, Animal Collective are a band of the people now.