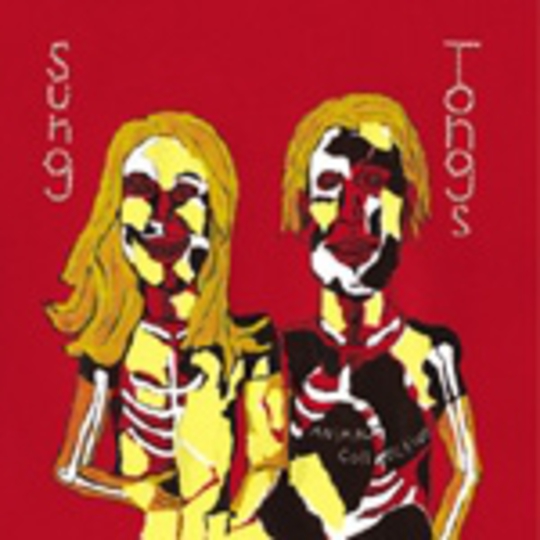 Animal Collective have a kind of folk tourette’s. Music pours from them in fits and starts. Noise and melody, lyrics and beats come tumbling out in streams and rivulets, almost as if they're unable to control it. This is not to say, however, that disorder and chaos run amok across their recorded output. In fact, no matter how frenzied or freaked-out a song gets, there is always, somewhere, a sense of order and proportion. The intricate layers of sound and percussion, each hum and click and yelp adding something to the other – the centre, invariably, holds. And yet, the excitement of experimentation and improvisation is never lost. Animal Collective are psychedelic warriors for our burned-out age.

Each of their albums have thus far has had its own particular, peculiar sound – due in part to a revolving assortment of up to five musicians and also to their ever-changing approach to recording. 2003 saw the release of two Collective albums. The first, Campfire Songs, was recorded in one take, with three minidisc recorders capturing a performance on a back porch in rural Maryland. The songs are gentle, acoustic folk - half-harmonies and drone mantras. The second, Here Comes The Indian, is more unnerving, with something darker at its heart. Electronic sounds cut jagged lines across the acoustic surface of the record, frenzied howls and discordant shards of noise disrupt trance-like rhythms – the same band releasing two very different albums in the space of several months. However what unites these two records and, indeed, all their output, is the almost spiritual, transcendental quality of their music – sometimes lulling, often disturbing but always, ultimately, celebratory. And importantly, Animal Collective never take their music so seriously that it becomes a dull, self-important, intellectual affair. There is a childish quality to their songs that retains an innocence and an excitement that is truly beautiful to hear.

Even bearing in mind the eclecticism of Animal Collective , Sung Tongs comes as something of a revelation. What is most surprising about this record is its instant accessibility. There were always pop moments on their albums before, but they were something to be discovered, dusted off and held up to the light for examination. Here however, the lyrics and melodies, oftentimes buried so far beneath the surface of their earlier releases, have been brought out into the mid-day sun. And in the place of near-hermetic mysticism and far-out experimentalism, there is now a celebration of the mundane and the wonderfully suburban – as if they’ve somehow reigned it all in and brought it home. It’s like the character Max in ‘Where the Wild Things Are’ discovering oceans and jungles and monsters one evening and yet all the time never venturing beyond the walls of his own room. Animal Collective don’t need to go exploring anymore - it’s all right here.

The melodies and arrangements on this record recall at times the influences of Jim O’Rourke, The Incredible String Band and, most prominently, Brian Wilson. ‘College’, the shortest track on the album, takes 53 seconds to build a gorgeous Beach Boys-eque harmony, drawing to a close with the song’s one and only line, “You don’t have to go to College!” Most, however, are all their own. ‘Winter’s Love’ begins with a delicate, brittle melody that eventually turns itself into pounding, joyful holler. ‘Who Could Win A Rabbit’ is easily the weirdest pop song you’ll hear all year – from the outset stumbling over itself to race to the finish, the lyrics running away with themselves, the melody whirling around, the guitars and drums throb. Stunning and dizzying, Sung Tongs’ strangeness will spin around your head for months to come.