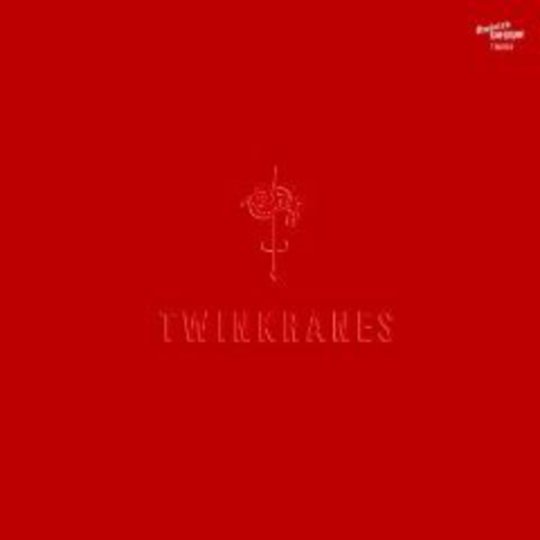 As musical visions go, the one dreamed up by Twinkranes has to be at the more ambitious end of the scale. Spektrumtheatresnakes fuses trance, electronica, dark pysch, krautrock and prog. Phew. Even typing all that is exhausting. And it is a punishing bloody listen, let me tell you. This is not one for the faint of heart, or indeed for those who spy pretension in the sci-fi spelling and non-punctuation of the album’s title. If you (entirely reasonably) feel that a band which indulges in these kinds of arch considerations from the get go will be aural poison, you don’t need my thoughts for vindication.

The way the melting pot of ideas on Spektrumtheatresnakes generally pans out is to take the bpm and energy of trance music, add the repetition of simple patterns and darkness of krautrock, and mix in the incomprehensible lyrical themes of prog, just in case there wasn’t enough complexity with the other bits alone. The result is an overpowering wall of sound which hits you but fails to generate any emotion upon impact. The mystique through repetition that the likes of Can and NEU! found to such great effect has no time or space to reveal itself on this record, all the depth and interest is squeezed out like pips from an orange as the musical figures are compressed and thrown helplessly into a furious tempo. Track one, ‘High Tekk Train Wreck’, is particularly hard going, as if offered up as a fuck-you handshake. Five minutes 42 seconds of endurance music are characterized by twin bass drums battling with ADHD bass runs and the odd space-age synth thrown in on top somewhere.

Track two, ‘The Market Of The Bizarre’, sounds like an extended remix of the music from the parts of the original Star Trek when Kirk would venture on to an alien planet and get slapped around by the natives. The angry fizz of a treated bassline is the only consent to the 21st century on this one. Indeed sci-fi abounds on Spektrumtheatresnakes, track five ‘The Charmer’ sounds uncannily like the theme from Eighties helicopter caper Airwolf. There are good points to this record; it’s about as far removed from Razorlight as is humanly possible and a significant portion of it feels like there is a good song fighting to make itself heard amidst all the surrounding chaos. The three guys from Dubin who comprise the band obviously have considerably sized testicles to even attempt something like this, but there is no getting away from the fact that the lasting impression of their efforts is that of something designed to batter the senses with little reward offered in return. It is also definitely one for the minus column that listening to Spektrumtheatresnakes causes the mind to drift to challenging albums by groups like Battles or Liars which are immeasurably better than what we have here. Had Twinkranes learned even the limited restraint of those bands, this could have been a much better record.