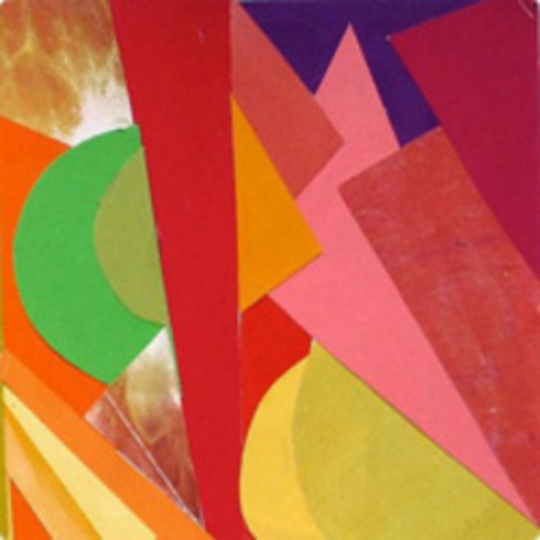 Growing up in the Eighties there was so much hope. But it was hope for a future that promised much more than it delivered. If films and TV had lived up to their promises, we should all by now have virtual reality machines, be able to teleport, or, at the very least, eat Jetsons-like tablet dinners. Instead, we've got clunky semi-compatible mobile technology, social media allowing every idiot to broadcast their inane thoughts to the world and IRL shit like bills and washing up to deal with. We don't have Weird Science girlfriends and there's nothing close to R2D2 projectors on our mobile phones. From Fight Club to The Office to Jpod; each cult bestseller and arthouse blockbuster seems to reflect how every grain of time that represents our past is an opportunity that has shot by. We collectively groan because we've grown to be a tired, feckless and dissatisfied generation that is desperately seeking something.

It's little wonder then that blog-savvy music fans are gorging on comfort music that's soaked in back-in-the-day nostalgia for the hours spent excitedly absorbed by computer game loading screens. Neon Indian is 'so-blog-righ'-now and totally 'on trend' with this whole Mario Kart emulator dreamland, otherwise known as the post-Postal Service paradigm. This is the sound of regression, desperately seeking the Ferris Bueller days off, sitting on our Spiderman bedspreads, playing Prince of Persia, Double Dragon and/or Starfox, wearing Karate Kid peejays. This is escapism, going down the Warioland pipe and into a rabbit hole of hazy days which began with bonus levels before breakfast. We crave this beta future, because the actual future we're living in has no hover-boards and none of us want to live trapped in that scene from Big, the nightmare when he discovered he couldn't be young again. None of us want the actual future we're living in or worse, the apocalyptic doom that our blockbuster disaster movies predict.

Actually, maybe this isn't as calculated as all that. Perhaps Alan Palomo (aka Neon Indian) is just an M83 fanboy, who got obsessed with trying to make Cut Copy's Bright Like Neon Love soundtrack the moon-leaping scene in ET - too many hours spent messing iMovie will do that to you. Actually 'Should Have Taken Acid With You' sounds more than a little borrowed from the Antipodeans... hopefully Neon Indian has a semi-decent lawyer. Maybe he's just in awe of Ratatat's anthem 'Wild Cat'. Possibly 'Local Joke' is just a recreational mash-up of White Williams' 'Smoke' and the crescendo of Panda Bear's 'Bros'. Whatever it is, Palamo is clearly a guy who's haunted by some recurring daydream that Air are not in fact as popular as Daft Punk, that they're merely The Who to the robotic ones' Led Zeppelin - I feel his pain but then, much like him, I'd rather sit down in a club nursing a pint than throw my limbs around like a child learning to swim (actually, he'd probably prefer to listen to the record at home at a more sensible volume, deconstructing it and possibly borrowing samples from it).

Anyhow, from listening to this record you can imagine that he's the kinda 'dude' that will talk at length about his 'bromance' with early mobile phone ring-tones and will bore you rigid if you ever get him on the subject of whether technology peaked with the invention of the Gameboy. And I bet he's pig sick he didn't get asked to soundtrack the remake of Tron but it's ok, because he has his own Eighties to reflect upon and recreate and retreat into like a duvet fortress - don't worry, there's plenty of room beneath his blog-umbrella for everyone.

Oh please, please, don't get me wrong, this record isn't without charm, I love records that make me feel like I've just scoffed sausage'n'mash. I love (Linus') safety blanket music that I can carry around and climb beneath whenever iTunes shuffle doth summon it. This just isn't THE RECORD OF THE YEAR that the blogosphere promised me it would be; but it is more than the sum of its parts.

Take the swoonsome aaah-ahhh's of 'Terminally Chill' - the album's apex, as well as its heart - and perhaps the track that on even a cursory listen offers a hint to its soul. Slice Psychic Chasms down the middle and 'Terminally Chill's' sickly BMX back-peddling loops criss-crossed with aaah-ahhhing will come trickling out. It's everything every daydreaming kid who started mucking around with Garageband/Pro Tools/Logic after hearing Justice or Crystal Castles, dreams they could (re)create. It has candy-flossed jer-jing-ing synths and the muted, pixelated-beyond-recognition floor toms which sound like cute little robots marching off to war. Give this a 'Coffee & TV'-like video with Game Gears and Polaroids chillaxing and we have a Dazed&Confused-approved hit on our hands. But then, I'm not sure that's the point, this isn't a record with aspirations or ideas above its station, it's about fitting in, about recreation as much as it is about re-creation. It's beta, rather than better.

Throughout the record the ooo-oooh swoopiness is enchanting and the constant SNES-soundtrack bubblings take us back to a simpler, more tranquil time and ultimately a place filled with hope.

P.S. Don't like this album? Maybe you didn't play the right combination of computer games but don't worry, there's a constant churnover of blog bands and there are about 128 more who sound just like this due along any minute...