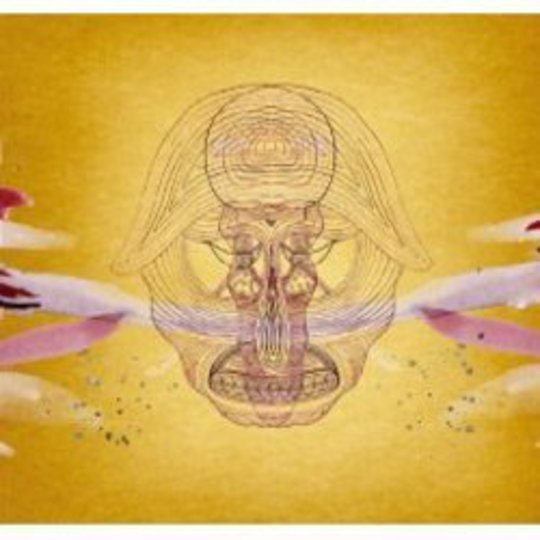 He is the grand high priest of the new wyrd America-freak-pysch-folk movement. He decides exactly who can sing in what ethereal voice when. He dictates when Josephine Foster can stop living in a tree, the exact hours of the day Diane Cluck is allowed online, as well as the precise length of Samuel Beam’s beard.

Or perhaps not; he measures no beard but his own, yet whether he likes it or not, Devendra Banhart is seen as a representative of a group of musicians, mostly Americans, who play variations on folk music and often sing in odd voices about strange things. His definitive compilation Golden Apples of the Sun, as well as his considerable hipster cache (he’s Natalie Portman ex) have seen to that. Thus this new release, his first for a major label, could be viewed as a measure of the state of pysch or freak-folk. It shouldn’t be; the folk revival - whether freaky or not - grows ever upwards, but this golden apple has sadly fallen some distance from the tree.

The prejudice will be that for his first major label release, he was expected to provide something more accessible to appeal to a wider audience. This doesn’t seem to be the case. Apart from the incongruous but perfectly serviceable reggae track, 'Fallin’', What We Will Be is no easier to digest than his previous work. While the weirdness has been scaled back, there are a number of seriously boring songs that can surely have come almost soley from Banhart’s volition. They're clearly not the pop singles a label boss might demand. No, the blame for the album’s failings can be laid squarely at the feet of Devendra and the sad lack of ambition he shows.

Continuing from his previous release, Smokey Rolls Down Thunder Canyon, this record continues the the multi-instrumental, almost orchestral sound of its predecessor. Gone from this record though, is much of the weirdness that earned the title 'psych-folk'. Its absence is sorely missed. Wilfully strange music can be entrancing. The worlds that Joanna Newsom sends you to are necessarily fantastical. Less dramatic but still effective results are achieved when people like Devendra Banhart or CocoRosie add a seasoning of strangeness to otherwise more grounded music. On 'It’s A Sight To Behold' (from third album Rejoicing in the Hands), Banhart's pronounced and eerie delivery granted the song an unsettling and mysterious intrigue. Just being weird isn’t enough, but it can add interest and texture to music. On What We Will Be that strangeness is gone, the sound brought sharply in to focus, more often than not to its detriment.

That said, What We Will Be does contain some lovely music. By quite some distance the stand out song is the bi-lingual 'Angelika'. It has a sound and feel more akin to his earlier folkier work. In two halves, the delicate stripped down guitars in act one showcase Devendra’s gift for beautifully playful and absurdly catchy melodies. The second half’s ambling percussion allows his elegant and undeniably sexy Spanish vocal delivery to the fore. It is the high point of the album and one of Banhart’s best.

His real problems come in the form of the slow songs. Robbed of tempo, Banhart seems truly devoid of ideas. 'Last Song For B' features some unnecessarily frequent “owowos” that build no layers and just sound silly. Similarly 'Brindo' consists of a smattering of easy listening jazz piano and lots of pointless humming. 'Meet Me At Lookout Point' is a quite impossibly dreary piece of music. The song 'Maria Lionza' is apparently a tribute to the central figure in an indigenous Venezuelan religion. Sadly the lack of any emotional spark fails to pay the woman any tribute at all. The second half of the song contains a strange Sixties pop sounding refrain, “Who do you love? The lover you haven’t met. Who do you love? The lover you can’t forget.” This might not be a cliché, but with delivery as flat as this it certainly sounds like one.

'16th & Valencia' does bring some fairly major funk to the record, including the magnificent lyric “I know I look high, but I’m just free-dancing.” 'Chin Chin and Muck Muck' is another bright spot, the song is as fragmented as the nonsense lyrics, but the different chapters do work together. With phrases such as “when I was a young boy, I had a lot of young boys” and something that sounds like “a glass eye tends to the garden in your dress, singing momma you’re a doctor doesn’t buy,” clearly strict coherent narratives aren’t the idea here. Yet combined with the lounge singer style opening and the gently-bouncy maraca-heavy finish, the whole song has a wistful, nursery-rhyme quality that’s optimistic and even inspiring.

With his spade locked securely away, Devendra Banhart’s latest is anything but groundbreaking. There’s some interest to be found but for the most part he displays a real lack of daring. It seems that without the urge to be a bit weird, gone too is the urge to challenge or confront. It’s less What Will We Be? and more What We Will Be.