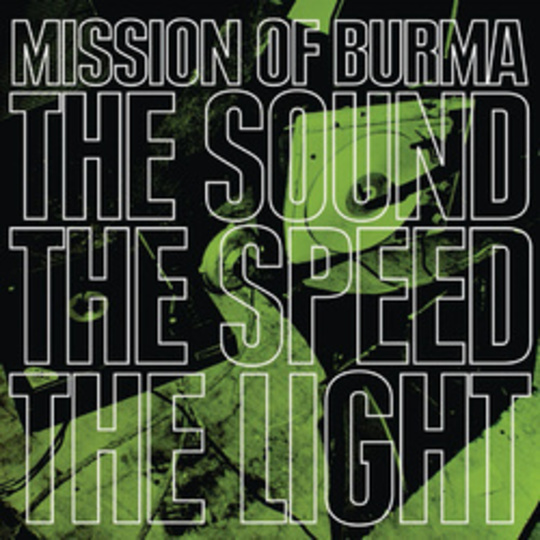 In the seven years since Boston, MA cerebro-punk icons Mission of Burma reformed – ending a 19-year wilderness following their 1983 split – the amount of bands who have followed their lead and got back together has increased year on year. Consequently, the solipsistic whinging of ‘serious music fans’ who inexplicably think that it is in any way their business if a band chooses to revisit its previous creations has also increased year on year. Why not just carry on paying no attention to them, like you did a fortnight ago when you believed them to be dormant? Oh, that’s quite impossible – I’ve seen five people Twitter about how they’re looking forward to the Pavement ATP performance today alone! Thanks, I’ve been looking for a definitive example of a first world problem, so your efforts are appreciated. (Why not round your performance off by claiming that all these bands reforming take much-needed exposure away from new young groups? I mean, it’s so hard to find anywhere that writes about new music these days isn’t it?)

Anyway, okay, some reformations are half-arsed and lazy and obviously the result of a big tax bill (although this applies equally to plenty of bands’ continuing existence). Mission of Burma’s was not; it has resulted in three albums, The Sound The Speed The Light being the third, of entirely new material – which has gone some way to fleshing out the small-but-wonderful discography of the band, who only released one studio LP (1982’s Vs.) the first time out. Each release has been worthy of your time – The Obliterati was one of the highlights of my 2006 – and it’s fair to posit that MOB are the ultimate example of how rock reformations can be unequivocally A Good Thing.

The trio continue to demonstrate their chops and their wit over these 41 minutes. The album’s very first seconds – the count-in to ‘1,2,3, Partyy!’ – may constitute a joke in themselves, being as they are intoned… very… slowly, and the song is one of the choppiest and most raucous on the disc. ‘Possession’ not only finds the band plugging away with a hitherto-unheard clatter factor, its centre contains a legitimately squealing and perhaps heroic Roger Miller guitar solo. That he repeats this practice elsewhere on the album – ‘One Day We Will Live There’; the snotty-as-its-title ‘So Fuck It’ – suggests that the pushing-sixty axeman is being let off the leash like never before. The further away MOB get, age-wise, from each round of newjack indie-rawkers in their late teens and early twenties that The Biz would have us believe to be in their peak period of performance, the more splendid it is to hear them kicking up dust like they do here.

Considerably more influential than influenced, Mission Of Burma’s ‘signature’ sound carries a striking individuality second to very few in the punk canon. That said, some tracks here seem to share a weird ancestry with their one-time peers. ‘SSL 83’, the title of which abbreviates that of the album (and additionally refers to the year the band originally broke up, although how this relates to the song’s lyrics is a murkier issue), jangles with the fretful postpunk canter of early-Eighties REM, and is bolstered by a wirewool-scrub guitar solo and agreeable hazy backing vocals. ‘Good Cheer’, garage punk shuddering with spy-movie reverb guitar, is surely the closest MOB have ever come to sounding like the Dead Kennedys – if they toned down the hysteria and upped the stoic, sardonic efficiency.

There isn’t anything on The Sound The Speed The Light that’s as gaspingly audacious as ‘Donna Sumeria’ – a track on The Obliterati which reshaped ‘I Feel Love’ into kraut/Hawkwind-ish rock monomania – nor is there anything that quite matches up to the best four or five numbers from Burma’s initial phase; nor, ultimately, does this smack you with the ambidextrous hooks of The Obliterati overall. This in no way equates to Mission Of Burma’s continuing existence being surplus to requirements. These are lofty peaks we’re talking about here, and they’re grabbing at the sky with a rich mixture of energy and grace. Moreover, drummer Peter Prescott has suggested that, life-packed as they might sound here, the band may not be able to maintain the exertion of performance for much longer. Toast ‘em while you got ‘em.