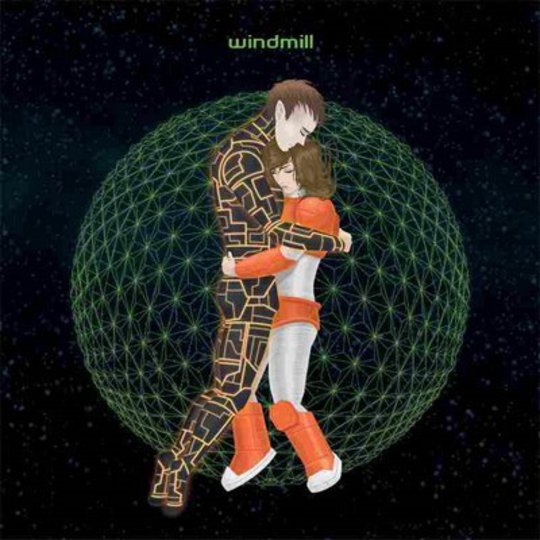 The history of the concept album is one littered with follies and successes. There’s the mundane storytelling of A Grand Don’t Come For Free, and the cryptic lyrics of Sunset Rubdown. Then there’s I am... Sasha Fierce and everything Rick Wakeman’s ever been involved in. Perhaps revolving your album around a unifying theme frees you, in that you have to innovate around the restrictions you’ve placed - much as free verse is seen as the lesser cousin of poetry with its defined meter. And maybe, the concept you choose to base your record on is something that means more to you than writing songs about relationships gone sour...

This seems to be the case with Windmill, and his paean to that Disney icon, Epcot. A childhood visit from earlier in Matthew Thomas Dillon’s life inspired the album. The old whiff of nostalgia, Proust’s madeleines. The way a simple trip somewhere can be a synecdoche for a thousand other memories and feelings. A Tron man appears on the cover for this record says it all. This record is backward looking. Is there anything wrong with that?

Listen to the enormo chorus to ‘Big Boom’, previously awarded a deserved ‘Single of the Week’ by Wendy Roby, and try to say yes. It’s orchestral pop of the distinctly lovely variety, Dillon channelling his inner Polyphonic Spree, his straining voice singing “Big boom, boom, boom, boom / The universe made us great.” ‘Sony Metropolis Stars’ is a swirling song, the chorus building over a repeated motif, strings and synths and the plinking of a glockenspiel all summing up into a whole that can only inspire stargazing and moonwatching.

Few places hold bigger resources of nostalgia and childhood loss than theme parks, and Epcot Starfields has particular reserves, being so future orientated. This record exploits that connection for its pathos. Sadly, the music isn’t always as good as its concept. Always pretty, on tracks like ‘Imax Raceway’ and ‘Spaceship Earth’ the delicate melodies become dull, the lustre lost in introspection.

‘Ellen Save Our Energy’, with its lines of: “Go Epcot / Take concept cars / Through fallen stars / We are doomed from the start” acknowledges the fallacy of development, and the abandoning of our sense of childish wonder. Some of the ideas surrounding the failed development of the planned Utopian city at Epcot sound like progress at the expense of happiness - no retirement, no voting control (others, such as traffic being sent underground seem better). On ‘Epcot Slow’ more childhood fears are evoked: “We want our parents to live for always / They won’t / They don’t want us to be sad.”

Some won’t take to Dillon’s voice, a strange reedy combination of DoseOne and Jonathan Donahue of Mercury Rev, all via Newport Pagnell. Somehow it seems more adept at carrying sadness than most. It quivers with stilted emotion on ‘Shuttle’, as Dillon sings “The wires / They cut our wires away.” The album rarely reaches peaks of euphoria, and when it does they are tempered by the inherent melancholy of the concept that frames the whole record.

Electronic wanderings, recorded snippets of phrases, and the burbling of machines fill the spaces at the end of the songs. It makes it more human, and provides respite from the occasionally repressive saturnine nature of the tracks. The songs are all piano based, with minor chords and strings layering poignancy atop the lyrical themes. At times it can get one paced, and the sense of magic often becomes tired and worn out.

Overall though, the concept is successful, is possibly only because of how uncommon the theme of childhood is amidst the unrequited love/sex/existentialism paradigm that dominates indie. Epcot Starfields is a rarity, a record imbued with a nostalgia for the times when unrequited love/sex/existentialism were just empty words spoken by adults. This makes the concept special, even if sometimes the music isn't.