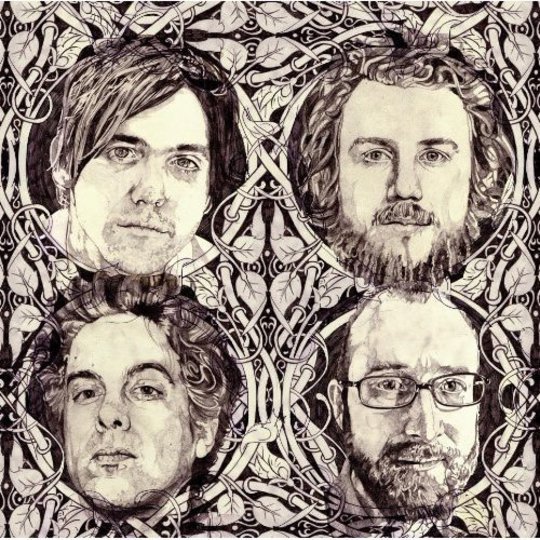 Let's be clear about this from the outset. 'Supergroup' is a dirty word. It has overtones of bloated Seventies rock excess and old boys resting on their laurels. There have been good and bad examples as the years have rolled on, but the end results from a myriad of projects have generally been underwhelming. Only a handful of their combined efforts have given us really good albums. Crosby, Stills and Nash... perhaps the Reindeer Section, maaaaaaaybe Velvet Revolver, a couple I've forgotten. So with all the talent on offer, memory aside, why does the list run out of road so fast? How can the sum almost always be less than that of its parts?

You can argue that each project, even with friends together, is a battle of wills. Clashing egos vie to have domination over each other, with the purpose of being the star that shines most brightly in the firmament. Also, if everyone brings some songs to the table, there's a good chance that there will be a couple of stinkers in there. But who could say anything to their esteemed band mates, especially with a limited time to record? Why not just get everything down on tape? Because when it comes down to the final cut, quality control might go out of the window, with everyone fighting for their babies to make the album. It's a beauty contest, with the parents as judges and a few ugly kids. Not everyone should make it to the final.

So when it comes down to Monsters of Folk, the name already battling against the history of this type of venture, who brings the most to the table? Is it Conor Oberst, Jim James or M.Ward? Mike Mogis seems to be taken out of the picture by default, the other Bright Eyes man being relegated to the bottom right hand side of the cover, and always the last to be mentioned. Yet his contribution may be the most important ; a de facto production job that brings everything together smoothly. And that's the first thing that hits you on first listen. This is a smooth piece of work, all sheen and craft. Mogis' presence is inescapable, but tellingly, virtually invisible.

My Morning Jacket's Jim James has the most 'solo' spots, if you like, or at least the songs that stand out from the crowd as individual efforts, with the others as bit players. There's the lazy, drawling strum of 'Slow Down Joe', and the pleasant, slide-drizzled 'Goodway', a throwaway folk country jaunt which Conor expertly fucks up with a needless rambling spoken word outro. 'The Sandman, the Brakeman and Me' is the pick of the album, a warm and fuzzy acoustic echo that brings all the players together in gentle harmony. M.Ward is definitely in the mix too, but pops up less than the other big names. When let off the leash, he's best while leaning towards country rock, and pleasingly delivers a belter later on in 'Losin' Yo' Head'. There's a plodding tempo to it, but within the record as a whole, it works well.

Perhaps unsurprisingly there's no getting away from who has the whip hand, though. Conor Oberst, first face on the sleeve, with sideman Mogis in tow, owns the sound and feel of Monsters of Folk. The band dynamic is shaped in the mould of Bright Eyes (see 'Say Please'), with even the songs that sound more collaborative dominated by his voice and guitar playing. And for the most part it's the dream ticket, his songs as good lyrically as anything he's served up since leading the Mystic Valley band. Sadly, he is the bringer of Monsters of Folk's sole black mark, 'Man Named Truth'. As the band plucks and twangs with gay abandon, the lyrics pour out like an oil slick over ducklings. "Don't ever buy nothing from a man named Truth...", he intones in that excruciatingly earnest man-child way of his, and you're instantly reaching for the skip button. Hopefully it's a well played self-parody, but if it is, the listener is never let in on the joke. He makes up for it, though, with 'Ahead of the Curve', an "all night drive to another world" that has a rich, percussive riff with an almost narcotic quality to it.

Overall, there's a natural interplay between the players, and it lends the album a relaxed, easy-going vibe. Whilst the odd sneering critic might correctly point out that Monsters of Folk doesn't match the highest water marks of any member's previous career to date, to be fair, as a stand alone work it doesn't have to. If this was an offering from a new band then those same critics would be falling over each other to say what a fine record it is. And it is, a strong album full of invention, variation, and quality. Perhaps supergroup shouldn't be quite such dirty a word, then?