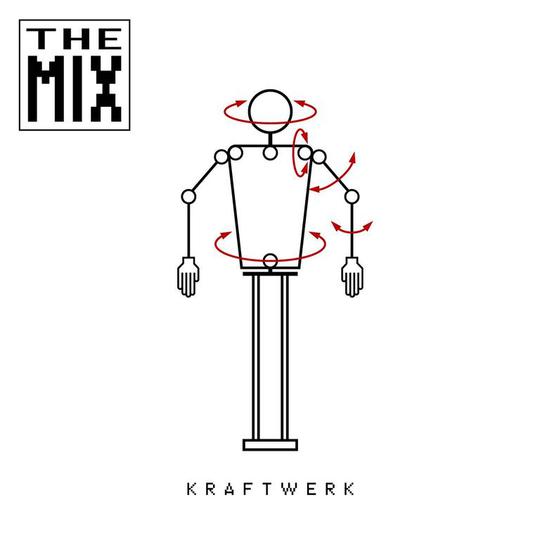 Kraftwerk elected not to tour following the 1986 release of Electric Cafe (now known by its originally intended title, Techno Pop). The tepid reception it had received bore this out as a wise move, and was probably what lay behind an extended period during which no new material was worked on. Instead, having converted their Kling Klang studio and base in Düsseldorf to digital, they (or more correctly their engineer and future band-member Fritz Hilpert) applied themselves to the task of translating all their sounds from 24-track analogue master tapes onto disc.

Kraftwerk’s 1991 album The Mix grew directly out of this process. A collection of 11 tracks from across their post-Ralf und Florian' catalogue rebuilt from the ground-up in new, supposedly more dance-friendly forms, it’s controversial and divisive for several reasons, and stands out as the most idiosyncratic release in the Kraftwerk catalogue. Apologists and defenders stake a claim for it being an ideologically sound way for a band who have always avoided playing the marketing game to sidestep a greatest hits package, which their label EMI were pressuring them to release. The argument seems disingenuous, however: Metallica and AC/DC have avoided ever releasing greatest hits albums, so why not Kraftwerk?

But then The Mix, even if its tracks were present in their original forms, isn’t really a greatest hits package. There’s no ‘Showroom Dummies’, ‘The Model’ or ‘Tour de France’, for example. At the same time 1981 b-side ‘Dentaku’, the Japanese-language version of ‘Pocket Calculator’, is the only track included that wasn’t already by this time considered an established part of the Kraftwerk canon.

Given the innovation and force of the original tracks, recreating them in a ‘modern’ idiom was always going to be a tall order, even if the remixers were the composers themselves. At its lowest ebb, crushingly, The Mix deals in an excruciating neutering of its source material. The fuzzed-over chrome melt of ‘Computer Love’ somehow becomes New Order remixed by early-Nineties Wrexham ravers K-Klass, its sterile drum-fills and staccato key stabs not supporting or in any way reimagining the song, but merely getting in its way.

Fortunately this is by some distance the worst that The Mix has to offer, its other sins being ones of redundancy rather than active damage. ‘Music Non Stop’ is a less rhythmically interesting partner to ‘Musique Non Stop’; ‘Pocket Calculator’ and ‘Dentaku’ are thorough exercises in funk-reduction, reshaping the so-unfunky-they’re-funky right-angles of the originals into inoffensive linearity; ‘The Robots’ has its corrosive power replaced by pleasantness, the new version spinning light trance atmospherics around a prominent fazing synth line that lurks subtly in the background of the original.

Compromise and blandness are deeply un-Kraftwerkian characteristics, and there are thankfully times when The Mix manages to shake off the air of being so toweringly unnecessary. The ‘Trance-Europe Express’/‘Abzug’/’Metal on Metal’ sequence achieves this by leaving the sound of the original suite largely alone, instead shifting the emphasis so that the beat-heavy ‘Metal on Metal’ section becomes the dominant conclusion, as opposed to the central segue role it performs on the Trance-Europe Express album version. ‘Radioactivity’ succeeds not by virtue of its snare-heavy drum pattern, which swaps the grieving majesty of the original for a more dancefloor-friendly tempo, but due to the robotic fallout haiku - ‘Tschernobyl/Harrisburg/Sellafield/Hiroshima’ - that blurts out at regular intervals. It’s not subtle, but it’s effective.

The Mix’s version of ‘Autobahn’, one of Kraftwerk’s most iconic tracks, serves to illustrate both the worst and best of what this album represents. For much of its length the new version is irremediably pointless: a flanged synth chord here, a sharpened-up beat there, but with all the free-flowing spirit of the original chucked out of the car and forced to find its own way home. In this context the glorious naivety of the melody, the sublimity of which is at least in part due to its hovering so close to wide-eyed foolishness, sounds insipid. In the breakdown, however, the trilling vocal harmonies of the original are thoroughly worked over, the end result sounding like androids trying to emulate Bavarian yodelling. By itself it’s hardly earthshaking, but it prompts thoughts of what The Mix could have been if Kraftwerk had elected to really work these tracks over in a radical way, rather than essentially updating them to dance music’s early-Nineties industry standard.

Painful as it is to admit it, the judgement of long-time Kraftwerk collaborator Emil Schult (who painted the original Autobahn cover and, effectively 'the fifth robot', helped the band formulate much of its visual and thematic grammar) seem accurate when considerng The Mix: “Would Leonardo Da Vinci have taken the Mona Lisa back and paint her over? I guess not. ‘Autobahn’ didn’t need a remix by Kraftwerk.”

Certainly the path the band had taken since Electric Cafe wasn’t to the liking of two of its members. Wolfgang Flür and Karl Bartos, junior partners to Ralf Hütter and Florian Schneider since 1974, left in 1989 and 1991, respectively. Flür, stated that he was reluctant to become “the best paid caretaker of the most famous sound laboratory in the world”, while Bartos stated memorably in 1993 that “[b]y the end of the Eighties Kraftwerk was a paralysed giant. The inner structure didn’t allow any new ideas.” Given the paucity of new ideas on The Mix and the apparent lack of any new material, his words seemed depressingly precise.