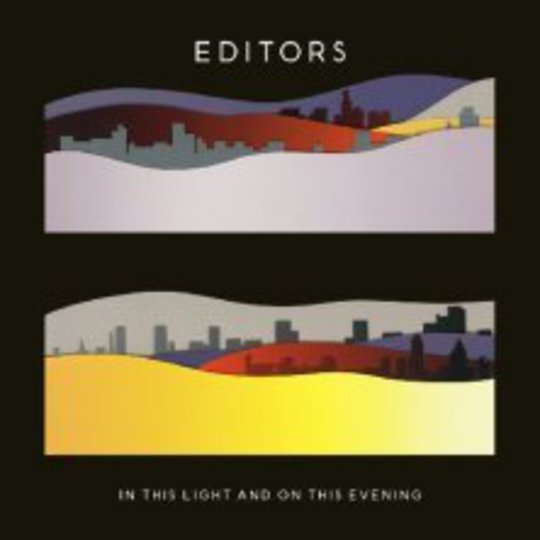 Despite being the butt of many indie elitist's vitriol, Editors can rest assured in the knowledge that their commercial success over the past five years provides ample justification to stick two fingers up at their detractors. Sure, their reference points have always been recognisable, even to barely knowledgeable passers-by, but by the same token they've also created a legacy of their own, inspiring the likes of White Lies and Bombay Bicycle Club (to name but two) to choose their own gloomy path to recognition.

It would have been quite a simple move for Editors to play it safe here, and continue with their atmospheric brand of guitar-driven melancholia. After all, it hasn't done the likes of U2 or The Cure any harm in the past, and would merely serve as food and drink for their large, devoted fanbase. However, Editors aren't a band to rest on their laurels. Last month, main mouthpiece Tom Smith openly admitted that if they'd approached their third album in the same way as its predecessors it would have probably never seen the light of day and destroyed the band in the process. His willingness to embrace new challenges, change direction rather than remain formulaic and craft something entirely unexpected should be applauded rather than sneered at. Sure, across In This Light And On This Evening's nine pieces they don't get it right every time, but when they do the results are breathtaking.

Of course, there is always a downside to such naked ambition. A fair proportion of fans drawn in by The Back Room and An End Has A Start's guitar-driven angst will no doubt find themselves alienated by the stark contrasts here. Certainly, the mixed but mainly muted response to the new material when aired at some of this summer's festivals kind of told its own story. Nevertheless, their refusal to stick with the tried and tested, coupled with a determination to remain one step ahead of the chasing pack - ultimately, to remain relevant - should reap the dividends in the long run.

The decision to switch producers from Jacknife Lee's clean bluster to Flood's raw-yet-polished industrial electronic sound seems a shrewd one, as the Interpol comparisons of yore find themselves replaced by those of Kraftwerk or Tubeway Army era Gary Numan. There are also a couple of moments here that recall the experimental looped sounds of Neu! in a manner similar to The Horrors' Primary Colours, most notably on 'Bricks And Mortar' and 'The Big Exit'. The latter takes on a more sombre feel, Smith's baritone delivery on lines such as "You already know the way I feel inside" eliciting the darker persona of his we've become accustomed to, while the former hints at a more optimistic groove bound future, rivalling 'Sea Within A Sea' as this year's most unexpected comeback.

The title track's icy symphonic haze and 'Like Treasure''s insatiable urge conjure up images of Ultravox in their finest hour of pomp, also suggesting that in toying with the unknown, Editors actually discovered a comfort zone they hadn't previously thought existed. In 'Eat Raw Meat = Blood Drool', title aside, they also stumbled across genuine and unexpected poppy side.

In This Light and On This Evening isn't all plain sailing. 'The Boxer', for all its attempts at seductiveness and mystery ends up as a self-pitying dirge emphasised by the line "Damn this place, its a way out for me". Maudlin ballad 'You Don't Know Love' is possibly the most obvious lineage to their past here, its diffused sentimentality coupling with status as one of the few songs that uses guitars making it a close, but altogether prodigal relative of 'Weight Of The World'. Minor criticisms aside, there are many positives to be found here, and even if current single 'Papillon' is just as likely to engender thoughts of the theme tune to Channel 4's 'I.T. Crowd' as it is to 'Are Friends Electric', Editors have crafted a bold statement of intent, one that hopefully suggests a continuingly bold future.