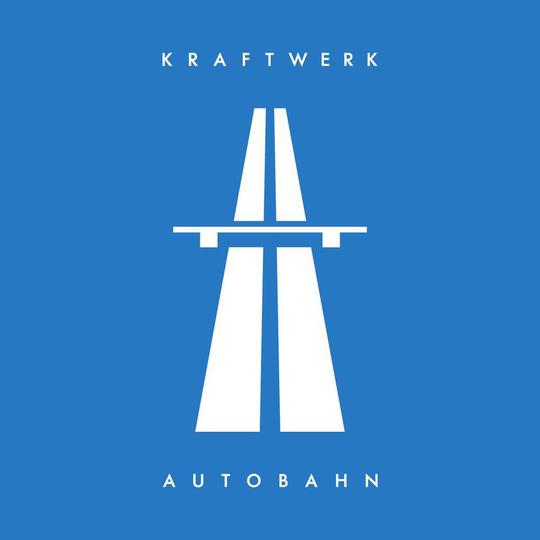 Today sees the release of remastered versions of eight of Kraftwerk’s 11 studio albums to date. Next month 12345678: The Catalogue, the all-in-one box set edition, will join Warp20 as the gift most likely to induce cardiac arrest this Christmas. As far as the remastering is concerned, given that for much of their career Kraftwerk have been at the leading edge of sound design you’re not going to be gasping at the freshness of their rhythm boxes' metallic rasp, or a previously unrealised croakiness to the robotic ejaculations that stud their tracks: they’ve sounded fresh ever since the mid-Seventies, anyway.

Not that this, or the lack of any archival materials such as rarities and live recordings being bundled in with these releases, bothers us here at DiS. When you get an opportunity to write about the Robert Johnsons of electronic music, the digital Beatles, a band whose influence – at second-hand if no longer at first – can be discerned in the work of artists as diverse as The xx, Lady Gaga, Micachu, Beyoncé Knowles or an anonymous techno white label, you don’t waste much time debating the reasons why. Similarly, if you’ve already got these albums then you know how important they are, and probably think they should be reissued every year until everyone owns them. And if you don’t, here’s your opportunity to grab them in what should prove to be their definitive versions.

So, welcome to Kraftwerkweek: eight album reviews, an end-of-week playlist and as few mentions of the words 'motorik' and 'efficient' as I can manage. Get on the autobahn and enjoy the ride.

'History; archaeology.' These were the words Florian Schneider used in 1991 to describe the three albums Kraftwerk released prior to 1974’s Autobahn. This pithy judgement presumably explains why this long-mooted remastering project, which coincides with the 35th anniversary of Autobahn’s release, ignores them.

Ralf Hütter, who alongside Schneider co-founded and represented the core of Kraftwerk until the latter’s departure last year, has claimed that he wants to remaster Kraftwerk, Kraftwerk 2 and Ralf und Florian at some point. While each album is certainly worth attention, their absence from this batch of re-releases makes sense. Although they, as well as Schneider and Hütter’s pre-Kraftwerk debut, 1970’s Tone Float by The Organisation, might contain occasional clues of the radical break with musical tradition that was to come, for the most part these earlier works share their DNA with the improvisatory late-Sixties German scene that spawned Can, Tangerine Dream and Amon Düül. Kraftwerk's guitars, drums and flutes become progressively more machine-processed on successive albums, but the electronics are yet to seize total control: the robots remain offstage, charging their batteries.

Prior to Autobahn, Kraftwerk had always held up experimentation through improvisation as one of their highest ideals, and their recorded output stressed this, sounding as if it were still being at least partially improvised when it was committed to tape. Suddenly, somewhere between the winters of 1973 and 1974, the group made a quantum leap in the manner in which they produced music. Given their reticence and love of obfuscation we might never know precisely what prompted the change but the result, the 22 minutes of ‘Autobahn’ that dominates this album, is the first major step in a sequence of moves that would go on to utterly change popular music from the underground up.

While Hütter acknowledges the impact of Karlheinz Stockhausen and the Fluxus movement, ‘Autobahn’ is one of those rare examples of a piece of music that’s almost entirely devoid of precursors. Instead Autobahn represents a mother lode of embryonic influences, ones that would flourish over the next decade and more in the work of artists as diverse as David Bowie, Afrika Bambaataa, Depeche Mode and Juan Atkins. Given the magnitude of its effect, it isn’t too fanciful to imagine that the 'car-horn' synthesiser keystrokes at the beginning of the track is the sound of Kraftwerk bidding goodbye to their contemporaries as they glide smoothly along a pristine tarmac ribbon to the future.

Despite its distinctly proggy length, ‘Autobahn’ is nevertheless a powerfully catchy almost-pop song, fresh and immersive from its breezy synthesised melody down to its meticulously and painstakingly sequenced drumbeat. Expanding synth tones rush to meet you like the road reeling past beneath your tyres, while the motorik rhythm captures perfectly the frictionless onward thrust of mechanised movement.

A worldwide hit in edited form, ‘Autobahn’ was the first Kraftwerk record to feature ‘proper’ vocals. When I first heard it I, as many others have done, thought the central line was “fun, fun, fun on the Autobahn”, which seemed a deliberate echo of the “fun, fun, fun” the Beach Boys sang ‘she’ was gonna have “til her daddy takes the T-bird away.” In fact the words run “Wir fahr’n fahr’n fahr’n auf der autobahn” , but a Beach Boys link was allowed by the band in 1975 when they admitted to Lester Bangs that they were intrigued and perhaps even influenced – they have always fought shy of categorically admitting to any influences – by the 'psychological structures' constructed and employed by the American band.

While every subsequent album would be built more or less around a single concept, ‘Autobahn’ is a mini-concept LP in its own right. The tracks that follow it are more disparate, both in style and theme, and are not sui generis. ‘Kometenmelodie’ parts I and II are alternately ponderous and upbeat examples of post-psychedelic kosmische - the latter version essentially acting as an avant la lettre remix of the former - while ‘Mitternacht’ is an ominous collection of dank drips, doomy chords and keening oscillator tones. Closing track ‘Morgenspaziergang’, meanwhile, snakes between a pastoral past and the digital future. Here the repetitive motifs of Schneider’s flute are embossed on a background of synthetic natural sounds: electric birdsong, what might be a stream, light rainfall or some sort of gurgling data meltdown, a treated harp and idyllic ascending keyboard patterns that are almost Japanese in form.

The global success of Autobahn allowed the band to bring much of their production in-house to the legendary Kling Klang studio in Düsseldorf, which remains their semi-secretive HQ to this day. The journey that the album describes, its junctions and turnings spreading onward and outward throughout the next quarter century of popular music, is one that’s still clearly visible in the rear-view mirror.