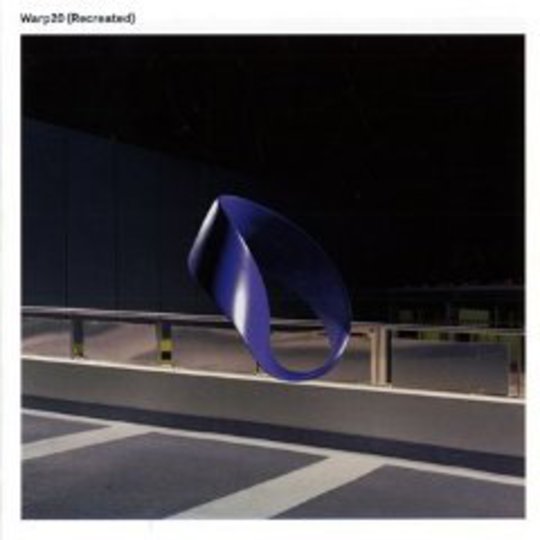 Forgive me if this sentence crumbles into a black hole of aborted internal logic, but perhaps the main point proven by Recreated is that Warp is probably the only label in the world whose signatories would do something so ridiculous as to make a covers album entirely comprised of songs by artists signed to Warp.

A double disc affair, it fits logically enough into the drool-worthy Warp20 Box Set, where it nestles in order of billing between the big-hitting ‘greatest hits’ of Chosen and the unavailable elsewhere Unheard (a triple 10-inch set of unreleased material by Boards of Canada, Autechre, Broadcast et al).

But what of Recreated’s life outside the box? It would be second guessing the essentially free spirit of Warp to suggest this set is aimed at anyone in particular, as opposed to being a slightly loopy exercise in making something genuinely special for the Sheffield label’s anniversary. Certainly there's no suggestion any of the original songs need this treatment; for all its synonymity with early Nineties techno, Warp has as well-dated a back catalogue as any label you'd care to name.

Thing begin in cheerfully iconoclastic form, not with a glitch, but with a holler, as raggedy Canadian indie folkers Born Ruffians condense Aphex Twin’s ‘Milkman’ and ‘To Cure a Weakling Child’ into a sort of lusty Appalachian drinking song, the line about ”the milkman’s wife’s tits” repeatedly despatched with harmonied aplomb. It’s ridiculous, in a good natured way, and stands in giggling contrast to Leila’s later take on ‘Vordhosbn’, a sombrely impressive piece of piano baroqery. They’re both pretty damn entertaining, and undeniably ballsy.

As you’d perhaps expect from a compilation possessed of a certain gall, the most dramatic reconstructions tend to be the more worthwhile. Bibio’s transcription of Boards of Canada’s fragmentary ‘Kaini Industries’ onto 'real' instruments turns it into a stirring, anthemic little motif; Mark Pritchard offers a lushly pastoral take on Balil’s obscurish early techno nugget ‘3/4 Heart’; it’s not especially easy to work out what bearing Diamond Wrist Watches’ ‘Fool In Rain’ may have on Pivot’s original, but it’s incredibly pretty, a glowing ambient-folk shuffle, delicate and precious as a midnight kiss. Closing the second disk, Seefeel show there’s no internal snobbery at Warp, gamely recognising the melodic merits of Maximo Park’s ‘Acrobat’ and rendering it as a small, warm thing, crackling away cosily.

Elsewhere there are a couple of misfires – Mira Calix and Oliver Coates’ austere string take on ‘In A Beautiful Place Out in the Country’ makes you yearn for the original’s textural richness, Jimi Tenor and John Callaghan’s contributions verge on irritating novelty – but if anything, Recreated rather suffers from a surfeit of respect. Though described as a set of covers, that often just means ‘remixes’, and fairly faithful ones at that: Luke Vibert’s ‘LFO’, Autechre’s ‘What Is House (LFO Remix)’, Rustie’s spooking up of Elecktroids ‘Midnight Drive’ and Pivot’s electrification of Grizzy Bear’s Colorado; none of them serve to add much. For a label whose artists have tended to flirt with the borderline psychotic end of the nerd spectrum, you'd think they could have been a bit bolder, disastrous as the results may have been. Clark is the only one to really do something nasty, catapulting Milanese’s ‘So Malleable’ forward to near gabba velocity, filling the minute and a half of running time saved with a desolate electronic scream, like the song’s avenging ghost.

You can’t really grumble at the lack of consitency: Recreated was setting itself up as rather hubristic from the off, and one wonders whether the numerous high profile absentees (Aphex, Squarepusher, Broadcast, Boards of Canada, Flying Lotus, Grizzly Bear, Battles, Gang Gang Dance) were all too busy, or if a few were simply daunted by the task. This set was never going to match Chosen pound for pound, but even so, there’s enough class brought to bear to stop it being a simple curio. If Warp artists are the only people crazy enough to cover Warp artists, they’re also the only ones who could do so even half this convincingly.