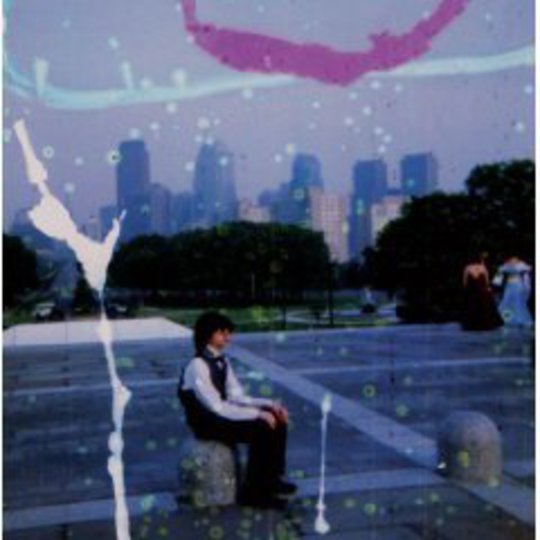 Who is Kurt Vile? There are no easy answers on Childish Prodigy, his first album for Matador, and his third full-length solo release in a little over a year (in addition to his role as guitarist in The War On Drugs). At times Vile’s constant need to dream up new versions of himself makes him seem like an indie-rock Walter Mitty. Anyone looking for his modus operandi won’t find it here, and it’s unlikely that he has one — rather than assimilate a set of influences into an overall sound, he prefers to lurch from one style to another over a set of songs, presumably crossing off genres on a beer stained notepad as he goes along. Blues-rock? Check. Lo-fi? Check. Shoegazery noise? Check.

It’s immediately apparent after one listen to Childish Prodigy that this is a more mature work than Vile’s previous two efforts. Production values have been raised, the tendency to meander off into subtle abstractions (See: ‘White Riffs’ and ‘Doctor Orgatron’ from God is Saying This to You…) has been quashed, and the endearing tinpot beats and gruel-like production values of ‘Breathin’ Out’ from Constant Hitmaker have been thoroughly cleansed. In short, the trad-rock influences (Stones, Springsteen, Rundgren) that previously lurked in the background have now been shoved to the fore, and the hazy dream-pop infused Ariel Pink-isms of yore have mostly been placed on hold.

Vile’s band, the Violators, bring a truckload of heft to these songs when they appear, beginning with the meaty ‘Hunchback’. The fuzzed out musical backing is ripped straight from Neil Young’s Ragged Glory, while Vile’s hoarse rasp is noticeably more strident and Mick Jagger-like than the softened tones of his solo excursions. It’s unremarkable rock fodder, aimed squarely at soused audiences who demand nothing more from music than the chance to pump a fist in the air and break a glass in your face. It wouldn’t sound out of place on Primal Scream’s stale southern boogie misfire, Give Out But Don’t Give Up, but thankfully things quickly improve from there.
‘Dead Alive’ is Vile alone with his guitar, still straining to sound like a veteran blues growler through his floppy fringe and baby face, but thankfully reintroducing some of the subtleties of his earlier recordings. The mix-and-match canter through Vile’s stylistic impulses can be disorienting — he mutates into a downcast troubadour on ‘Dead Alive’ and then heads into the airy Sea and Cake-esque ‘Overnite Religion’. From there, he pummels through ‘Freak Train’, which sets up a stall somewhere in-between Suicide’s first album and the cult classic robo-rock of ‘Psychic Hitlist Victim No. 8’ by Honolulu Mountain Daffodils. The album ends with a leap into motorik Neu! beats on ‘Goodbye, Freaks’.

Stylistically, Vile may be all over the map on Childish Prodigy, but it’s when he stops trying to cover a tremendous swathe of ground that he delivers the goods. He shines when he quashes the urge to rock out, returning to the delicate primitivism of Constant Hitmaker on the loop-heavy ‘Blackberry Song’ and really excelling on one of the most beautifully dejected songs he’s recorded to date in ‘He’s Alright’ — even if his voice does momentarily parallel the Mancunian twang of Ian Brown. ‘Amplifier’ is the sound of a relationship fracturing into millions of tiny pieces, topped off perfectly by an unexpected trumpet solo. Vile has a great talent for capturing those moments when your heart sinks into your shoes, and a few tracks here mirror the crestfallen Lee Ranaldo songs (‘Mote’, ‘Wish Fulfillment’) that add a welcome dab of melancholy to Sonic Youth albums.

So that’s the Kurt Vile of Childish Prodigy: a man without a singular aesthetic to call home, and no doubt perfectly happy to continue that way. It can seem unfocussed on occasion, but that rush to cram in influences from disparate sources settles into a pleasing hodge-podge in the second half of this album, especially when Vile tempers the urge to bellow like he’s spent the morning working his way through several packets of cheap cigarettes. The diversions into little sketches of songs, like the ambient instrumental ‘Prom King’ from God is Saying This to You…, are sadly no more, but the overall influence of that sound is still keenly felt on a pleasing span of material here. Now someone just needs to convince Vile that he’s not Joe Cocker’s progeny, and his next album should be worth the (probably very short) wait.