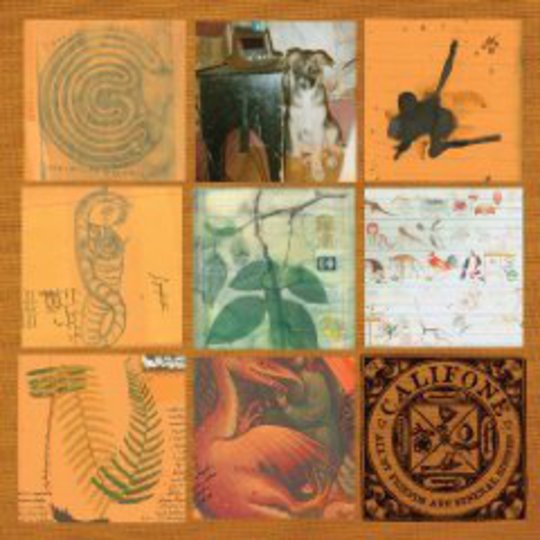 Reviewing a band which you know almost nothing about is not the insurmountable challenge it used to be. The internet has changed all that. Gone are the days of piles of labelled promo records: today, I might receive the new Califone album as a digital download via email, after which I immediately turned my eyes to the world wide web in order to learn a little bit about the band that Red Red Meat had become.

Now, don’t get me wrong, I really love Red Red Meat, so I’m not walking into this completely blind. Bunny Gets Paid is one of the most underrated records ever released on Sub Pop and as a result, whatever Tim Rutili’s been doing interests me. But, to all the Califone fans out there, I apologise. I’m probably going to tread all over the elaborately woven carpet that’s been in your family for years in a pair of very muddy reviewers boots.

What Califone specialise in is the kind of warped alt-folk experimentalism that jars and gels all at once. All My Friends are Funeral Singers is a concept record designed to accompany a screenplay and film of the same name, also by Rutili. What exactly the plot concerns isn’t clear from the record itself, but on reading that it’s a film about hauntings and other such otherworldliness, the scrapheap spookiness that pervades the album seems all too pertinent.

This is a deeply strange and at once comforting set, lurching between jagged junkyard blues (‘Giving Away The Bride’), softly strummed OC soundtrack material (the actually pretty wonderful ‘Funeral Singers’) and barhouse folk meets desert jam (‘Evidence’). Searing guitar parts rouse themselves crankily from the wreckage of percussion, all underpinned by those choked, straining vocals. Whether he’s pleading that “Nineteen-twenny-eight dies so sure” or recounting the story of Spanish film-maker Luis Buñuel, his voice is a searing instrument in it’s own right, cryptically listing words and pulling together apparent meaning out of nothing.

My problem with Califone is perhaps one which is hardwired into my thinking on the folk genre: as a listener it often seems to slide past, and the latter half of the album maybe suffers to my ears for being mellower and more delicate than the more powerful first half. But when it’s right, it’s very right indeed: ‘Polish Girls’ starts with a typical Rutili couplet “The words avoid my tongue/and wish you away, pictureless”, but the real treat is in the instrumentation, cutting between lonely violin and howling sunburnt guitar. Similarly ‘Krill’ is a torturously beautiful six minutes, melding from one style and melody seamlessly into another.

If All My Friends Are Funeral Singers has said one thing at all to me, it’s that Califone merit further investigation, especially for someone who tends to write off ‘folk’ music. And if that doesn’t make it a success, then I don’t know what does.