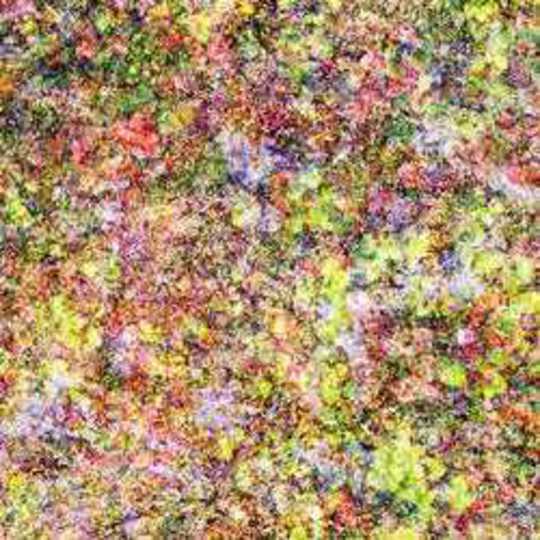 Upon first listen, there is something very uncool about the deeply folk-steeped harmonised vocals on Le Loup’s second album Family. Track one, ‘Saddle Mountain’ is an American re-imagination of the sparsest of medieval English folk, ethereal vocals backed only by a stoic bass drum, with occasional banjo licks to punctuate the huge amounts of space on the track. Somewhere in the background there is a very faint bubbling synth which develops into an ambient sample of schoolchildren playing, (which sounds suspiciously like it was nicked from the My Morning Jacket album Z) but this is very much an acquired taste. It’s easy to imagine a heavy wrought-iron portcullis opening slowly to grant access to the rest of the record once the intrepid, and quite possibly bearded, listeners have safely made it to the end of ‘Saddle Mountain’.

Thankfully, things get considerably more inclusive, and interesting, as the album progresses. Le Loup have said of the making of ‘Family’ that they recorded almost everything live, then chopped all the recordings into samples and re-assembled them subject to liberal use of digital effects or repositioning. This creates the feel of production being just as important as the actual material itself, almost like listening to a traditionally recorded set in which all the tracks have been subject to a light remix. Reverb and electronic mutterings are never far away on Family, softly adding to the woozy psychedelic feel generated by the guitars and harmonised vocals.

The basis of most of the songs is an implausibly cohesive mix of Clap Your Hands Say Yeah-style whimsical indie, Animal Collective psychedelia, Gregorian chants and campfire acoustic songs. Not to mention the djembe, polyrythms and sense of spirituality all drawn from cultures across Africa and the Middle East. Comparisons to Animal Collective have been prominent in the media coverage of Family, but there is lightness and a pastoral sensibility running through this record, in contrast to the urbane moments some of their peers profess to. If Animal Collective use ambient noise and found sounds as the crusty glue that holds their songs together, Le Loup prefer washes of sound which build slowly to create works of considerable depth. The breadth of ideas means on the record it takes several listens to find a foothold with which to connect with Family. If you persevere, Le Loup will gently entice your affections, not least for having created one of the most relaxing records you’re ever likely to hear.

This is not to say that Family operates in a monotone throughout, the different influences that make up its whole are allowed to step in and out of earshot in an engaging way. Tremulous Expolsions In The Sky style riffs waft between the background and foreground, as if carried on a capricious breeze ('Forgive Me'). Things get dangerously close to being danceable on 'Sherpa', with its tribal percussion being carried towards a melee of vocal celebrations by a strident bass pattern. The opaque nature of Family makes it seem like a prime candidate for remixes with a touch more bite, but as it is, this is a record to fill those times when Panda Bear seems just a little too raucous.