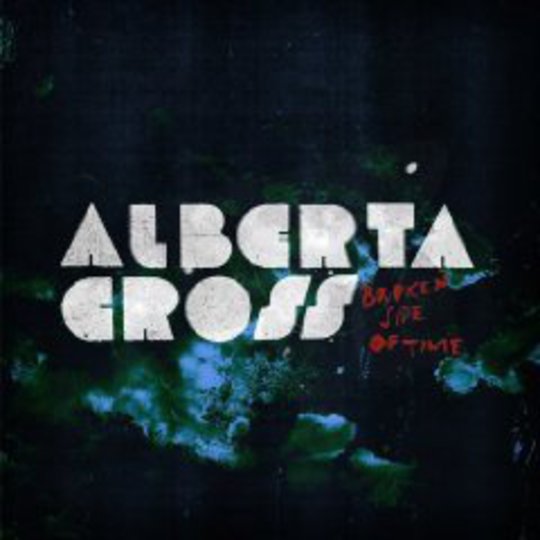 For a band to be able to lay authentic claim to a genre which is traditionally attached to a specific part of the world, do they necessarily need to be born and bred there? Is it enough to have spent your life immersed in that particular sound, soaking in your influences to the extent that emulating it is your only natural course? That seems logical, but to learn that a band making (in this instance) such flagrantly Americana-tinged rock as Alberta Cross are Anglo-Swedish is still a bit jarring.

Last year they supported Oasis on a tour of the UK’s favourite aircraft hangars, and it’s not too hard to see why they were chosen for the job. Not because they’re a bad band (although given Noel’s heroically terrible taste in support bands, it would be a fair assumption to make before hearing them), but because of the combination of loud guitars and bluesy elements they utilise and in which Oasis seemed to think they excelled in their latter years.

Perhaps Alberta Cross feel the need to prove their authenticity a bit more sharply than they might if they were from Alabama, but their debut album Broken Side of Time is positively dripping in blues and folk influences. There’s little doubt about their sincerity, regardless of humdrum issues of nationality, but execution is another matter entirely.

Over the course of the ten songs which constitute their debut, Alberta Cross flourish and fall short in pretty equal measure. At their best, they are woozy, weather beaten, and very occasionally heartbreaking. However, on too many occasions you get the impression that they ramp up the volume to mask a shortage of ideas. When this happens, as it does most obviously on the album’s title track, they come across like a less likeable Kissaway Trail, or worse, a whiskey-soaked version of Starsailor.

Singer / guitarist Petter Ericson Stakee’s voice acts as a barometer for the album. What starts off as an arresting and distinctive mumble becomes undeniably irritating as the record unfolds. In the same way that the guitars seem to be cranked up for the sake of it, his vocals are slammed straight into top gear without warning far too often, into a wail which smothers any hope of emotional engagement.

In the end, it’s the album’s lower-key moments which save it, and give Alberta Cross their biggest successes. ‘Old Man Chicago’, for instance, is a pretty slice of Ryan Adams-esque country rock, while ‘Rise From the Shadows’ builds slowly with menacing bass tones and creepy harmonies into one of the album’s most interesting pieces.

The best thing Broken Side of Time has to offer is its closing five minutes, ‘Ghost of City Life’. This tells the tale of a country boy jaded by the pressures and falsities of big city life. Set to a simplistic, folk backing, it aches with genuine emotion, and leaves you wishing that they had played to this strength more often. It does, however, finish the album on an undoubted positive, washing away some of the annoyances that might have built up over the previous forty-odd minutes.

Broken Side of Time is far from a wash-out, but it feels like an opportunity spurned. Some real quality lies within, but it’s difficult to lose yourself entirely when you know you can’t trust it not to wander off down the wrong path.