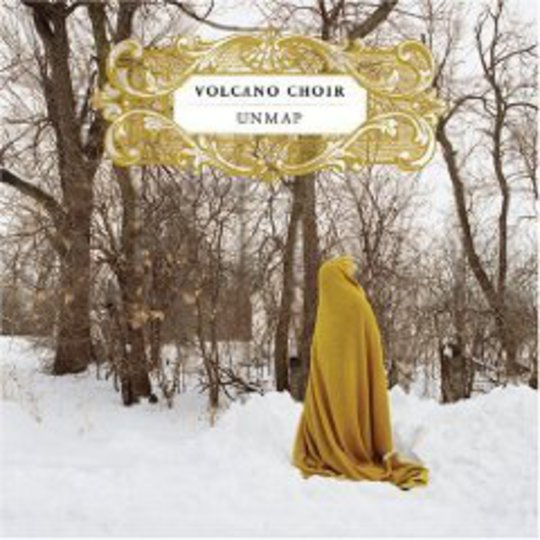 In the highlight of my inglorious musical career so far, I performed at All Tomorrow’s Parties' May event, curated by The Breeders. Also appearing (though sadly missed by this writer) was Bon Iver - aka Justin Vernon - responsible for For Emma, Forever Ago one of 2008’s best albums – probably one of the decade’s best when all is said and tallied.

I spent most of the aforementioned weekend behind the tables at ATP selling merchandise. The only time my plateau of perma-drunk sitting off was interrupted was when somebody wanted to buy Bon Iver merchandise. Lots of it. They bought the album on CD and on vinyl, they bought one of several t-shirt designs, and copies of the latest EP. I would wager Bon Iver outsold every other artist at the festival (one including The Breeders, Foals and CSS). People don't just connect with his music - they treasure it.

Volcano Choir was a surprise - nobody really expected an experimental side-project with an electronic bent so soon after a debut album. Was Vernon straying into the territory of gimmickry, thinking it could be his ‘Postal Service’ moment? Maybe a little: ‘Island, IS’ has something of the feel of Ben Gibbard’s other band, the way sentimental note progressions are wrapped around glitchy electronic textures, and even some of the phrasing is alike, but the song has its own merits – not least the anti-crescendo of final line “And your old tits on your hard drive”. The sentiment isn’t big or showy, it’s mired in the kind of slow reveal of heartbreak that discovering old breast bounty on your computer can inspire.

The lack of lyrical connection, or even voice on the album seems at first to be an odd decision. It effectively disarms Vernon of his strongest suit; that powerful voice, and bare-all lyrics. Instead the lush textures and looping contributed by collaborators Collections of Colonies of Bees is allowed to stand out, particularly on ‘Seeplymouth’, which builds a foundation of looped layers before sweeping them away, allowing Vernon to stretch his voice. Here his voice is used as a sleight of hand distracting from the firework shifts in music as the song builds to the kind of crescendo Explosions in the Sky used to deploy to a similar set of fans. By the time gorgeously low guitar descends, sounding for all the world like a cello, sustain enveloped guitar is sweeping the corners of the mix while cymbal crashes wash over massing drums. It’s not tastelessly anthemic, or predicable – as Explosions in the Sky became – but has a neat sense of drama.

The project really finds its feet when Vernon and his cohorts stretch their legs, as in ‘Still’, replete with dancing guitar buzz and vocoderised harmonies. In these moments the music feels like Vernon has opened the doors and shutters to that log cabin, and sunlight and musicians have flooded in for a jam. It’s meticulously constructed, but it sounds spontaneous. In these days of hype and backlash artists have to have a story, something more than just songs, Vernon gave that with Bon Iver, but he brings substance too. The music of Unmap ticks with signature twists and sounds, things that suggest Justin Vernon could be a national treasure on the lines of Neil Young or Elliott Smith instead of the heartbroken one hit wonder that some might have expected.