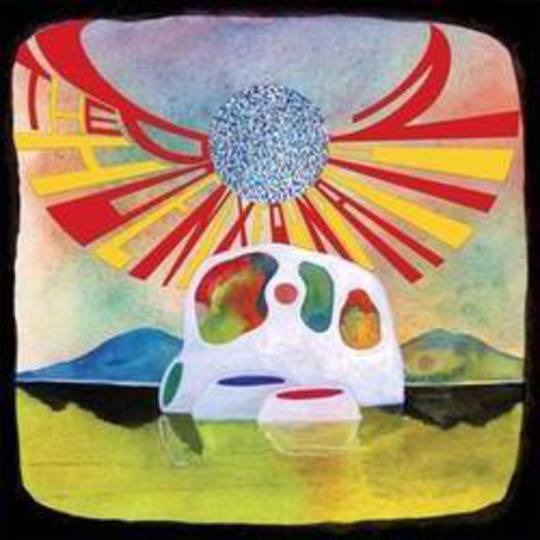 Occasionally, a promo flops through your door that leaves you completely clueless. This is good; it allows an ensuing voyage of discovery through sounds new and old that helps fill in the missing pieces of the puzzle presented. This, after a couple of weeks close inspection, is exactly what New Zealand six-piece The Phoenix Foundation are - a sum of their linear parts.

Happy Ending is the group’s third album (not including their soundtrack to Taiki Waititi’s Eagle vs. Shark ), and was released in their native land in 2007 on the mighty Flying Nun Records. The Christchurch-based label provides a striking touchstone for The Phoenix Foundation; for to listen to them is to hear the ghosts of Flying Nun past. Bands like The Chill, Straitjacket Fits, The Clean shine through on this recording. Groups I’ll readily admit to not having heard of until this LP turned up on my doormat; bands that gained cult status at home in the Eighties and Nineties, but whose alluring mix of post-punk, psychedelia and indie pop never really impacted north of the equator. It is these acts who The Phoenix Foundation are in thrall to; they’ve opened me up to the world of the 'Dunedin sound' and, despite their Wellington roots, they would appear to be its latest incarnation.

An escalating drawn-out drone of a prelude introduces the album. Such a device lends great anticipation; the journey to the top of this opening minute or so can take a leap to something greater, or fall helplessly, unable to back up its own grand statement. The Phoenix Foundation however handle it well, choosing to take the warm, string-laden loveliness of ‘Bright Grey’s’ introductory strains into something that manages to convey the twin facets of vast expanse and immediacy.

Vocalist Samuel Flynn Scott’s words seem to be pushed into the background; his questioning “when are you gonna let me unwind? is resolutely ignored by an infectious sprawl of a pop beast that stomps all over his feelings of lethargy. It’s a warm embrace of an opening statement that spills its fervent energy into the break-up haze of ‘Bleaching Sun’; it, though, is a haze eventually submerges the energy. By fourth track ‘Gandalf’- a six minute meander that isn’t a concept song about the Lord Of The Rings character - the atmosphere is so steeped in trippy hue that you half expect the band to fall asleep mid-record. It’s a welcome shot in the arm then when the chug-chug of ’40 Years’ fades in, as though it’s been there all along underneath the previous 15 minutes' languid warmth; yet only at that point has it found the strength to break through. A pleasingly simple song, it’s underpinned by Richie Singleton’s steady flower-pop beat that recalls not only The Clean, but also the thick, Underground-esque clatter of Deerhunter’s last album.

Happy Ending is a varied album, not chained to an indie pop or a psychedelic albatross. Take ‘Omerta’: an instrumental opus that, in an unexpected change of pace, delves into a cabinet marked ‘Electronic Pioneers’ and comes out sounding like Jean-Michel Jarre backed by an orchestra. It’s these attempts at diversity that impress; sometimes they don’t work- ‘No One Will Believe When I’m Dead’ is a poor attempt at rockabilly country that falls flat on its face, whilst the Fifties croon of ‘Pure Joy’ feels lightweight despite some mid-section vocal histrionics - but the need to explore is there.

Unintentionally or not, The Phoenix Foundation provide a window into a music strand in New Zealand that, for whatever reason, seems to have gone unnoticed by the rest of the world at large. Happy Ending deserves credit in its own right though; a quest of a record that provides both a range of textural delights as well as the necessary immediacy to maintain engagement. If, like me, your knowledge of New Zealand music was little more than the Finn brothers and Wolfmother, then check this out. For those already in the know, your secret might not be safe for long.