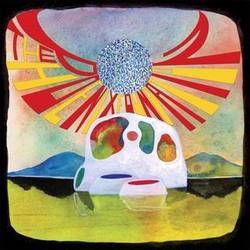 Happy Ending is a quest of a record that provides both a range of textural delights as well as the necessary immediacy to maintain engagement. »

released in new zealand on the legendary flying nun records (named 'new zealands most enduring cultural legacy' by the band and home to the clean, straitjacket fits and the chills - all of whom played a part in influencing the phoenix foundation sound), 'happy ending' is the debut uk release from the phoenix foundation, a six-piece, wellington-based band who could well qualify for the title of new zealand's best kept secret. happy ending was released to unprecedented acclaim in their own country in 2008, and it's easy to see why. gliding effortlessly between infectious guitar pop, languid psychedelia, spector-esque harmonies, delirious prog rock and sad-eyed piano ballads, it's a massively accomplished album, and one that reveals itself in waves with repeated spins. it's a magical experience, and one that takes the listener into a candy-coloured wonderland.
description from www.roughtrade.com