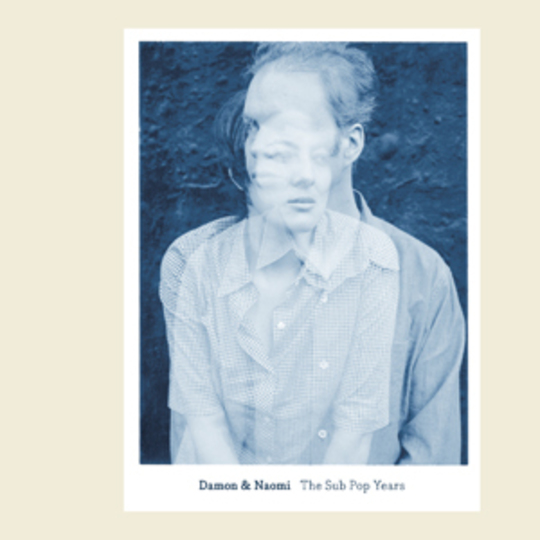 Former members of fabulous dream poppers Galaxie 500 and long time duo, Damon & Naomi (yes, fact fans, the same Naomi from that Neutral Milk Hotel song) have been churning out Velvets-like folk that tugs hard on the old ticker strings for what seems like an eternity; The Sub Pop Years gather together their finest moments from their days signed to the legendary Seattle-based label.

The Sub Pop Years is split into four parts, beginning with three tracks from 1995’s The Wondrous World of Damon & Naomi. ‘Forgot to Get High’ wanders and drifts like clouds on an amber-drenched skyline, moving into ‘Tour of the World’, a weave of Cocteau Twins melodies, filtered in applause, which adds a certain sense of theatre to the song. ‘How Long’ sounds a little bit like Robert Pollard drifting in and out of a coma.

The essence of Damon & Naomi is tempered by how much they hold back, the songs hidden under a onion-skin thin veil of drama, further trapped in a sense of claustrophobic, unapologetic cool. Despite this distance, they draw you in, each song alluring, the velvet gloved hand reaching out from the shadows.

We move on to 1998's Playback Singers with ‘I’m Yours’, a desperate, degenerating desert serenade, Naomi’s vocals lingering, the rattle snake hissing in the barren grass. ‘Eye of the Storm’ wavers magnificently.

In 2000 Damon & Naomi sided up with Japanese experimental psyche-os Ghost, collaborating on the sterling Damon & Naomi with Ghost. The opening track from that album is a cover of ‘Eulogy to Lenny Bruce’, a song made famous by Nico. There is beauty in the sadness here, Naomi’s vocals capturing the moment where loss meets desolation and despair on the crossroads in the middle of nowhere. Ghost’s superb guitarist Michio Kurihara plays on nine of the tracks that make up this album, and his ornate style is showcased on the second cover ‘Song to the Siren’. Tim Buckley's much adapted song comes to life during the heart-aching guitar solo.

It's the title track from Song to the Siren: Live in San Sebastian, which documents the tour the duo undertook with Kurihara, and makes up the fourth and final part of The Sub Pop Years. It runs the gamut of their dreamy oeuvre, from the epic twists and turns of ‘The New World’ - which has a feel of somebody tossing and turning during a deep sleep - to the escapist drift of ‘The Navigator’.

This final summing up of a golden period might conceivably be the last musical release from the duo, with the pair continuing to devote their time towards running Exact Change, the independent book publishing company they own. Flicking through a copy of Damon’s book of prosetry The Memory Theater Burned brings me to the conclusion that he should persevere with the pen.

Unlike many compilations that serve merely to showcase singles, The Sub Pop Years filters the crowning moments of each album and makes the release a worthwhile introduction to those previously unaware of the duo. If you’re the type who likes to get lost, before finding yourself engulfed in the toxic fumes of prozac-folk then you can’t go far wrong with this intimate collection.